The High Court has allowed a man to leave mandatory quarantine to visit his dying father, despite having recently returned from the United Kingdom. 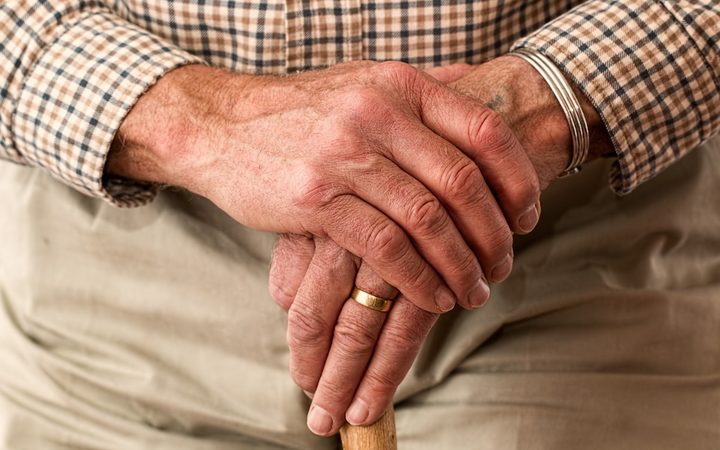 Oliver Christiansen, who arrived in New Zealand on 23 April, challenged the Ministry of Health's refusal to allow him to cut short his mandatory 14-day isolation.

The High Court stated that his father was diagnosed with brain cancer in January.

The initial prognosis was that his father would decline over a relatively lengthy period. However, by mid-April, the prognosis changed.

Christiansen decided to leave his family in London and return to New Zealand to sit out the quarantine, and then spend his father's last days with him.

But while in quarantine, his father's condition deteriorated, and he was given only days to live.

Christiansen said he was also refused a test for Covid-19, as he did not show any symptoms.

In the High Court ruling which was released today, Justice Walker said the case had the hallmarks of automatic rejection, rather than exercising discretion as required by the Health Act.

Justice Walker ruled on Friday that Christiansen could visit his dying father, which he did that day.

Christiansen's lawyer Simon Foote said he was able to spend 36 hours with his dad and was now back in quarantine. His father died on Sunday.

Justice Walker said the Ministry of Health's decisions to decline permission were "legally flawed" on "more than basis".

"In my judgment, this exceptional case demands an effective and swift response by the court to achieve overall justice. I have in mind here particularly the imminence of Mr Christiansen's father's passing and the very material factor that visitation is only at a private home and not in a public space."

"In this particular case, there is a very strong argument that the permission for Mr Christiansen to visit his dying father was not considered on the correct legal grounds and did not take account of relevant mandatory considerations," Justice Walker said.

Justice Walker also ruled that during his visit, Christiansen had to abide by strict Ministry of Health criteria, which included wearing personal protective equipment, travel by a private car to his father's home address and maintain physical separation.

Figures provided to RNZ suggested no exemptions on compassionate grounds had been allowed by the Ministry of Health.

In response to the High Court ruling, Prime Minister Jacinda Ardern today told media 18 of 24 requests where a relative was dying had been accepted.

"Reading the judgment, there seems to be concern that it was an automated approach taken to requests on compassionate grounds," Ardern said.

"Information that I've received from the Ministry of Health, though, sets out that ... 24 exemptions was sought in cases where relative was dying or close to dying, of which 18 were granted.

"That does suggest that there has been due consideration. That is advice I've received from the Ministry of Health, but I'm sure that they will be reflecting on this judgment."

"The Ministry sincerely apologises for this ... the number of 'compassionate' or similar requests for exemptions totalled 73. The number of these where this was to visit a relative dying or close to dying totalled 24. None of those 24 exemptions were granted."

The ministry said the judicial review focused "primarily on the process followed by the Ministry to determine the request".

"The judge has emphasised in the judgment how exceptional the circumstances were in this case, given the prognosis for Mr Christiansen's father at the time of the hearing.

"Each request for leave from isolation on compassionate grounds or exceptional reasons must be considered on its individual merits.

"The fact that the Court decided to intervene in this case does not mean that it would take the same approach in respect of other decisions by the Ministry not to allow leave from isolation."

In a statement, the ministry also said people should apply for an exemption to managed isolation before they travelled to New Zealand.

"Applicants would need to demonstrate both their exceptional circumstances, and also that their movements...will not put anybody else at risk of infection."

It was aware of the "deep distress" felt by people unable to farewell loved ones.

"We have all made huge sacrifices to get to this stage and we don't want to undo this work now.

"To go to level two or beyond, our borders must be water-tight so we can prevent any new cases in the community."

The ministry said it was reviewing its processes for considering requests for leave on compassionate grounds and exceptional reasons to prevent this issue arising again.