The government continues to insist there were no gaps in the enforcement powers of police during the level 4 lockdown, or under level 3. 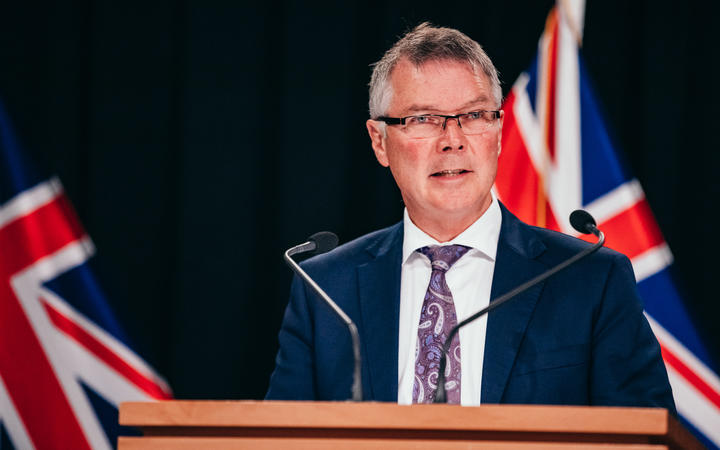 David Parker says the government is making sure it is following the correct legal process throughout all stages of the lockdown. Photo: RNZ / DOM THOMAS

In a statement the Attorney-General David Parker said that report was based on "draft views provided to agencies for feedback" and was wrong.

He said Crown Law's "considered advice" was police have had the necessary legal authority and powers throughout.

However, Parker refused to release that advice or be interviewed about it.

New legislation will be introduced to Parliament next week to allow enforcement of remaining restrictions under level 2 on gatherings of people and physical distancing requirements.

"I would reiterate what the prime minister has said: There has been no gap in the legal underpinning or in the enforcement powers under the notices that have been issued under level 3 and level 4", said Parker.

"All notices that have been issued are in the public domain, as is the legislation upon which they are based."

Enforceability to date had relied on the Epidemic Notice, the Health Act and the Civil Defence Emergency Management Act, he said.

The new law would not be retrospective and "does not need to be", said Parker.

"There will be fewer restrictions under Alert Level 2 but those remaining still need to be enforceable. We don't want these narrower controls to rely on a National State of Emergency."

Parker said New Zealanders had given up some freedoms to help save thousands of lives.

"As we... restore freedoms, we expect the vast majority of New Zealanders will continue to comply voluntarily with the necessary measures at all alert Levels, but as we have consistently said, we will enforce the rules where there is serious non-compliance."