The Epidemic Response Committee is to issue summonses to the Solicitor-General, the Director-General of Health, and the Police Commissioner seeking the legal advice for the lockdown. 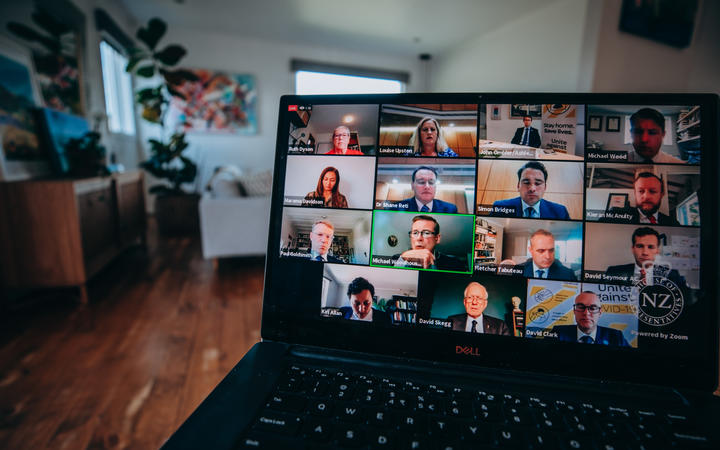 The unprecedented move follows repeated public requests from the Opposition for this information over the past five weeks.

The committee chair, National Party leader Simon Bridges, said it was "inexplicable that the advice hasn't been made public".

"Serious concerns have also been raised by academics, lawyers and the Law Society.

"The people of New Zealand have given up their freedoms for this lockdown. We all deserve to know what the legal basis was for that," Bridges said.

Parliament has never before summonsed the Solicitor-General.

All legal advice on the legality of lockdown and ongoing restrictions has been sought.

"The legal underpinnings for our lockdown and for the enforcement, all in the public domain," she said.

"What the leader of the Opposition is seeking is legal advice, which of course he himself strongly defended in the past, the practice of not releasing advice that is provided to the crown, so I think that is an important distinction to make."

She said she was confident that the government would not have to enact any retrospective legislation.

"I have been consistently advised that there were no gaps in our enforcement powers, what we have acknowledged is that actually some of the legislation that we have had to utilise actually probably could be more fit for purpose going forward," she said.

Earlier this week, emails leaked to the NZ Herald from Deputy Commissioner Mike Clement to other top officers share a Crown Law opinion warning police they had little to no power to enforce the lockdown during the first two weeks of it, and officers should be operating as though the country were at level 1. This led Director-General of Health Dr Ashley Bloomfield to issue additional guidelines under the Health Notice, two weeks after the lockdown began, to clarify alert level 4 rules.

"New Zealanders should be proud of the efforts they've made during this lockdown but they also deserve to know whether the lockdown was legal," Bridges said.

A public law expert is concerned about the precedent that will be set if the Epidemic Response Committee is able to demand the government's legal advice on the lockdown.

Otago University law professor Andrew Geddis said while there were legitimate questions to be asked, it should be for a court to consider.

"Questions that don't go to the nature of the lockdown... it's more a question of whether the correct legal processes were followed in establishing the lockdown rules, and indeed whether our system actually had sufficient legal authority to allow it to happen in the way that it did," Prof Geddis said.

"And whether a parliamentary committee looking at these sort of legal questions is the appropriate way to examine what happened, I'm not entirely sure about that."

Geddis said he worried about Parliament as an insitution seeking to get hold of the legal advice that the executive government was working off from.

"There is a separation of powers issue here, both sides need to be relatively free to carry out their work without the others unduly interfering," he said.

"Even though the Epidemic Response Committee may have the best of motives here, whether it's the kind of precedent we want to create I'm just not sure."

Although people who got summons were obliged to abide by them, the Solicitor-General could still refuse on the grounds that it was privileged information, Geddis said.

If that happened, it would have to go to the Privileges Committee to see whether that refusal was in contempt of Parliament, he said.

Andrew Coster told Nine to Noon today that police had been using the powers available to them under the Civil Defence Emergency Management Act and later under the Health Act when Director-General of Health Dr Ashley Bloomfield issued the health notice under the Act, clarifying further police powers and restrictions on people in New Zealand.

"Our powers are to enforce the notice, either under the Health Act or we can also give directions under the Civil Defence Emergency Management Act. Those powers are very clear now and have been since the start of level 3.

He said the powers the police had did not really change under the different alert levels, but rather what they would act on was different for each level.

"Certainly for level 4 and level 3 we've been working under those established Acts, and they really relate to an emergency situation where there's a need to act quickly and there's a need for a high degree of agility in terms of being able to apply a health notice and get some controls in place."

Crown Law sent advice to police early on in level 4 that they had little power to enforce the lockdown, before the health notice was in place.

Coster said there may be some clarifying legislation in future but that was a matter for Parliament, and police had always acted within the law.

"In terms of the powers, they have been very unambiguous since partway through level 4, and certainly all the way through level 3. Early on there was clarity required which we sought, and got.

"We were confident that we stayed within the powers as they existed."