The number of cars on the road immediately doubled the day that Covid-19 restrictions were eased to level 3, transport data shows. 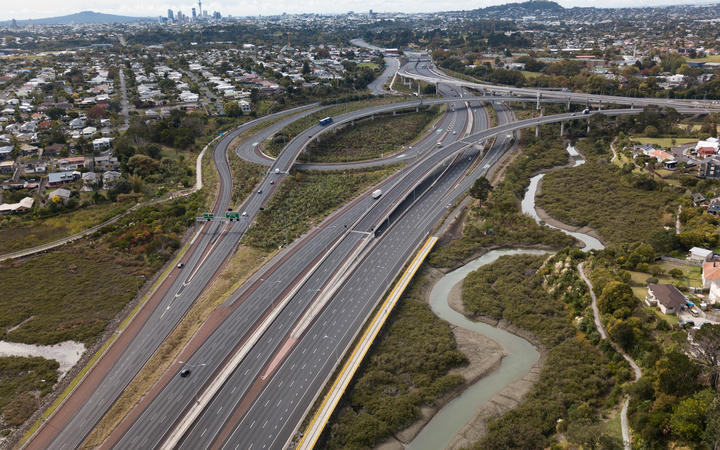 The Transport Agency has been releasing weekly monitoring data for Auckland, Hamilton, Wellington, Christchurch and Dunedin since the beginning of level 4 restrictions.

Over that time, light vehicle traffic had dropped by up to 90 percent compared to regular volumes.

However, the latest set of data - which includes the first four days of level 3 - showed people were already heading back to the roads en masse.

In each of the cities, traffic more than doubled between 27 April - the last day of lockdown - and 28 April, when level 3 took effect.

Although 27 April was a public holiday, the number of cars on the road was still at least double what it had been each day the previous week. 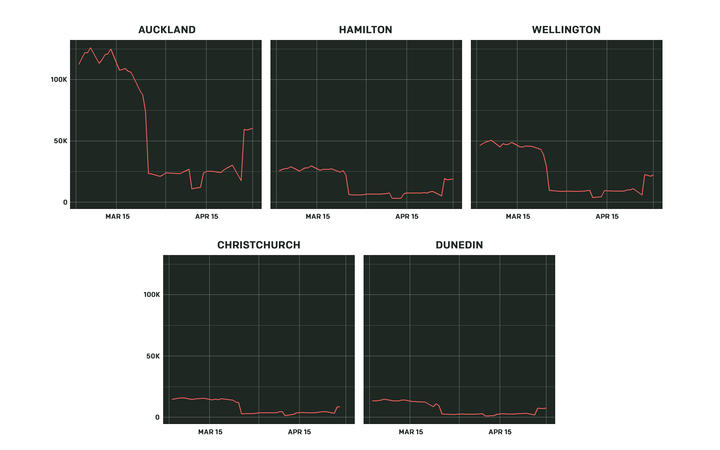 Despite the jump since level 4, car traffic was still well down on regular volumes.

Heavy traffic in all five cities also jumped after the move to level 3, particularly in Hamilton and Dunedin where the number of trucks and other freight vehicles was at near-normal volumes.

Level 3 restrictions allow people to use public transport to get to work, school or exercise but that did not seem to affect passenger numbers, which stayed low throughout last week.

Weekly public transport use across buses, trains and ferries was down 91 percent on normal volumes in Auckland, 90 percent in Wellington and 86 percent in Christchurch. 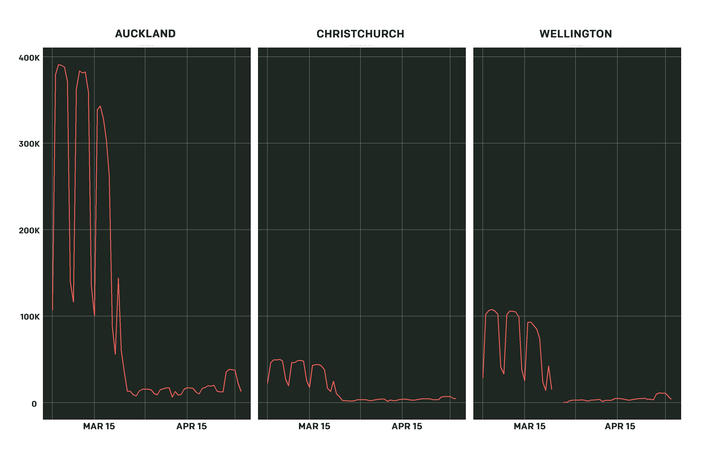