Auckland tourism operators are preparing for a bleak winter without the international tourists who provide more than half their annual income. 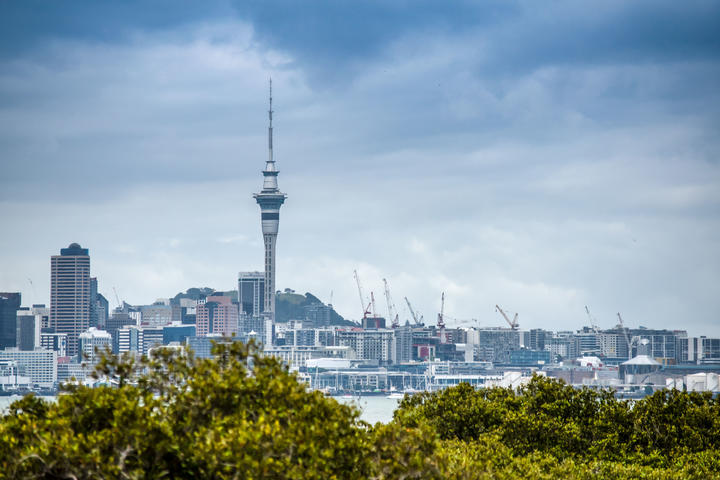 They are pinning their hopes on New Zealanders and a trans-Tasman bubble that will let Australians holiday in this country.

Government figures show international visitors accounted for more than half of the nine-billion-dollars spent by tourists in Auckland last year.

On a busy day, AJ Hackett Bungy usually has a couple of hundred customers across Auckland attractions including its Sky Tower jump and Harbour Bridge walk.

But the company's co-founder and managing director Henry van Asch said there was nobody there but staff and level 2 couldn't come soon enough.

"We're looking forward to hopefully level 2 allowing a bit more travel so we can start to regenerate our domestic market," van Asch said.

"At the moment, tourism generally is still in pretty dire straits."

Only 28 percent of the company's Auckland customers are domestic, but Henry van Asch hopes New Zealanders will start to spend more on local tourist activities.

"New Zealanders have been quite great travellers overseas and we do spend a lot internationally usually anyway. So I think that Kiwis will largely look at it and and go ' well I can go to Auckland and do a bridge climb or bungy jump up there or I can go and do a Sky Jump, where I might not have thought about that because I was focused on going to the Gold Coast or going further afield."

The government needed to front up with more support beyond the wage subsidy, he said.

"There's going to be a lot more pain and I think businesses not being able to continue or going into hibernation, and others like us will just go 'ok, we need to downscale and have a bit of a restart."

Aucky Walky Tours is shut at a time when they would usually have upwards of a dozen tours a week.

Its director Liz Lyons said the downturn hit them early.

"End of January, beginning of February we started to notice just a reluctance to book. People started to realise that this was gaining ahead in steam in terms of the Covid. I also think that people started to be a bit more cautious about booking into group events and activities," she said.

The vast majority of their customers were from overseas and while the company would try to attract more domestic visitors, she was not confident it would be enough, Lyons said.

"Winter looks very bleak, I don't think we'll be reopening the doors until September. I mean some experiences in New Zealand are much more seasonal than others. Walks tourism is highly seasonable, until we get certainty around the borders reopening I just think it's a no go."

She wants the government to look at targeted support focused on operators that are crucial to the rebound of tourism.

Auckland's economic development agency is working to encourage residents to explore their own region, and provide small businesses with digital marketing and operational support.

"In some ways it's a bit of a double whammy, and there will be a very, very tough winter ahead for a lot of small businesses in New Zealand and in Auckland. We're talking right across hospitality, tourism businesses, but also things like retail," Hill said.

Businesses wanted a trans-Tasman travel bubble opened as soon as it was safe, he said.

The agency is encouraging Aucklanders to spend locally now and explore their own region once they are able to, to help ease the pain over winter.