There are more than 3000 people staying in hotels - mostly in Auckland - after arriving back in New Zealand from overseas, according to the latest figures from the Ministry of Health. 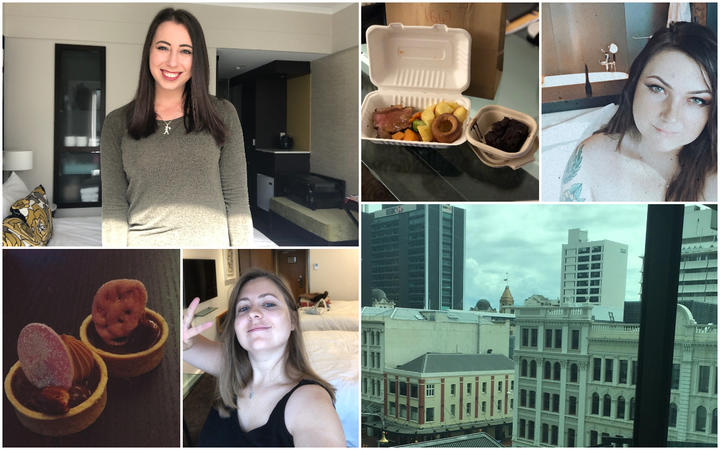 For several weeks, the country's tough border restrictions have meant almost all new arrivals have to spend two weeks in managed isolation or, if they have Covid-19 symptoms, higher-level quarantine.

Monique Liebenberg had a bit of a false start when she arrived at Auckland Airport from London just over a fortnight ago.

Like all new arrivals, she had to get her temperature checked.

"I think from all the stress and carrying all of my luggage, I was kind of sweaty and everything, so my temperature was really high."

Liebenberg was told to sit in a separate area for a bit, before she was retested.

"Luckily when they took my temperature again it had gone down, so it wasn't a fever, it was just me being a bit of a sweaty mess."

Once Liebenberg and everyone else on her flight were through Immigration and Customs, they were ushered on to buses to take them to their managed isolation location.

Liebenberg said she had no idea where they were going.

"I was looking at the maps on my phone trying to work out which hotel we were going to or where we'd end up. It was a pretty strange feeling." 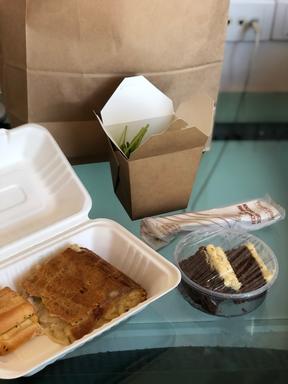 She ended up at the Crowne Plaza - in a room with a bath tub and two big beds, even though she was travelling alone.

"I really liked having the two beds, one was for sleeping and then one was for napping during the day, just making the most of it. And I had a big TV as well."

Liebenberg said they were given a menu each week, and they got to pick from three different options for breakfast, lunch and dinner.

The meals were delivered in a brown paper bag to her hotel room door, and there were snacks and dessert as well.

The food highlight was a roast dinner, but most of the meals were pretty good, Liebenberg said.

"They made a pretty good lasagne, some pad thai, a really good chicken and leek pie, and a classic Kiwi dish of fish and chips, that was definitely a highlight for me as well."

Victoria Brownlee got back to New Zealand last Thursday, from New York, and is staying at the Grand Mercure in downtown Auckland.

While her room looks out over a construction site, and the window doesn't open, she said they are able to get out for fresh air and exercise, under strict conditions.

"You just sign up for a time slot either the day before or the day of. You head downstairs and you meet your little walking group, which could have up to 10 people in it. 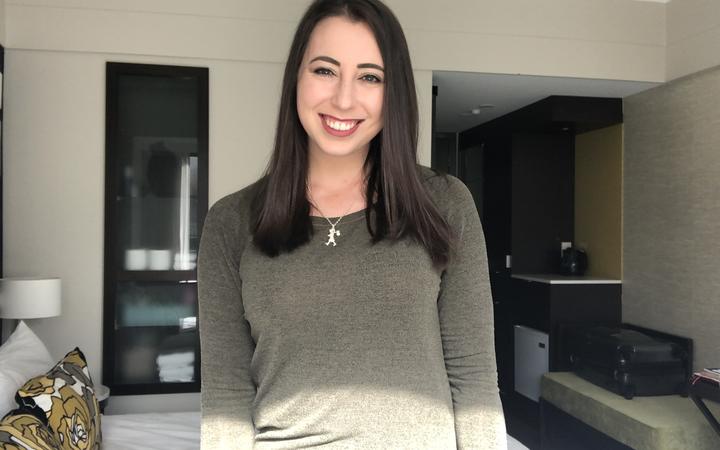 "You're escorted by the Aviation Security service out of the hotel and to a caged off area where you can walk laps. It's pretty fun, you get to feel like you're Piper in Orange is the New Black."

Brownlee said they're pretty lucky, because they go to an area on the waterfront, which has views across the harbour.

"You get about 40 minutes to an hour and I've been running it. Fortunately for me at my hotel there is a guest who is a yoga instructor and she has somehow convinced the government officials to let her run some little fitness classes."

Sophie Cox arrived back in New Zealand from Canada in late March.

She ended up at the SO/ Auckland on the waterfront.

"It was amazing. It was a five-star hotel. It was just a studio room, with a huge super king bed, giant bath tub, three meals delivered three times a day, plus snacks.

"It was fantastic. I got really fat, but it was great."

Between taking baths every day and indulging in fancy cakes, Cox said she had plenty to keep her occupied for the 14 days.

"I had a bunch of stuff to do to sort out relocating my life back to New Zealand, so that took up a big chunk of my time.

"I work as a graphic designer online, so I was doing projects - luckily I had some work to do - but I bet there were a lot of other people pacing around hotel rooms being quite bored," Cox said.

It hasn't been quite so rosy for Mike Brown and his partner, who have two days left of managed isolation in the Grand Mecure.

The couple got stuck in Ushuaia, at the southern tip of Argentina, in mid-March, and have only recently made it back to New Zealand.

Brown said they both had work to do - and when they have had meetings at the same time, one of them had to go into the bathroom.

He said the staff at the hotel had been great and everyone was doing their best to look after everyone.

Brown accepted that a managed isolation process was needed to keep Covid-19 out, but after spending five or six weeks in hotel rooms both here and overseas, "fatigue has set in".

"Each day becomes much of the same," he said.

Brown said he especially felt for families with children who were staying in hotels as part of the managed isolation process.

There are currently 3134 people in managed isolation and another 145 in higher-level quarantine.

The Ministry of Health said 3076 people have completed managed isolation since 28 March.