Vulnerable fast food workers are speaking up about feeling unsafe but being afraid to challenge breaches of Covid-19 rules at restaurants. 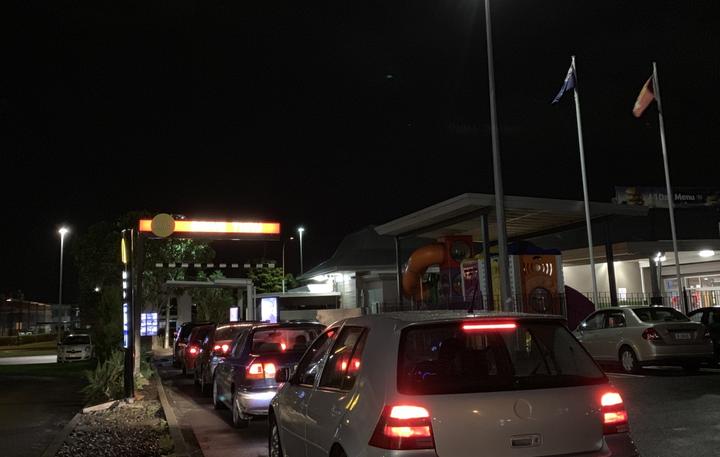 The government says it hopes workers will speak up, but that customers can be relied on to expose breaches.

Over 700 complaints of workplace breaches were made in the first 36 hours under level 3, and the workplace regulator WorkSafe has been assigned 17 of those to look into further.

But it is reluctant to send its inspectors out to stop the breaches - "we will have a strong preference for using non-attendance processes to gather evidence," it says - but is instead relying on the police, though the agency is itself able to take quick action using improvement and prohibition notices.

Wellington barrister John Goddard said it was a pretty serious failing not to go to sites and sent a message to businesses "that there are unlikely to be any consequences for non-compliance".

The prime minister said at yesterday's 1pm briefing that the police and labour inspectors would enforce the rules where businesses don't live up to them.

Jacinda Ardern had this advice for workers and customers:

"What I think we've seen already through our reporting is that customers are willing to enforce as well, and so I would hope, ultimately, that workers feel they can safely make an approach to those who are involved in enforcement, including our inspectorate.

"But, even if they don't, customers are very mindful of what they're seeing. If they see unsafe practice, they are reporting it."

RNZ spoke to four fast food workers about what they are experiencing - long drive-through queues and frenetic kitchens, where distancing between staff is being breached continually, as is contactless service and distancing from customers.

Three of the four would not be named for fear of retribution by the companies or management.

A woman who works at a major fast food chain said staff were regularly washing their hands, which was good, but it was much too tight in the kitchen.

"We don't really have space to be one metre apart."

The drive-through made her nervous.

"Sometimes I don't feel that safe cause some of the customers, they get out of their car and go to the drive-through window."

There were no security guards to stop this, only the managers.

She was reluctant to raise her concerns with them.

"I feel they're not totally in control, because it's like the head office decides and not really the store managers. So we have to really follow what the head office is saying."

A worker at a McDonald's in the lower North Island said he followed the company's safety plan but breached the zone with 300 to 400 customers during the course of the day.

Some staff in the busy kitchen were shoulder-to-shoulder.

"It did worry me because it makes me feel like if they're just going to be side-by-side of each other, they obviously don't care about the whole social distancing.

"They could have less staff on but they they wouldn't be able to keep up with demand."

He complained and the managers told him they were trying to improve safety, he said.

Murray McAvery is over 70 and had worked at Linwood McDonald's in Christchurch for 16 years, until on Wednesday when he had a meeting with managers that did not go well.

"I said, 'They're out there making a joke of the Covid regulations'," he said.

"It was impossible to work at speed and not bump into other workers ... if [only] we had of gone a wee bit slower, because they had it marked on the floor where you had to stand.

The store did not alert staff to regularly wash their hands as it was meant to, he said.

"They actually did not ask me if I felt that it was safe due to my age to go back to work."

A young man who works at a KFC in Auckland said working conditions were "very unsafe" and he protested to his manager.

"I did not really feel safe so I told her, 'Can I just work in a different role', and she said I had to work at the drive-through.

"It shows they do not care about the staff ... because at the drive-through window, putting an order on a tray doesn't make it two metres.

"If they complied with the rules of what was on the website of the Ministry of Health, two metres, I would have worked."

Instead, he is now taking leave without pay for the next two weeks of level 3. 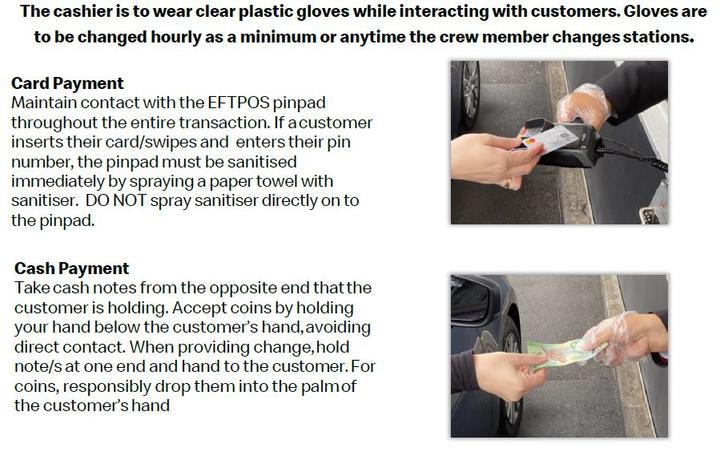 McDonald's said in a statement it was "being pragmatic and flexible", and quickly adapting safety measures where it needed to.

"We have been learning and fine-tuning our procedures as things settle down," said Simon Kenny of McDonald's New Zealand.

"We have teams meeting several times a day and franchisees and senior staff are feeding back live from restaurants on practical learnings and best practice.

"Managers are monitoring and coaching staff on shifts... Where systems or equipment aren't meeting expectations, such as the tape used to mark zones in the kitchens, we have acted quickly to find replacements."

It encouraged staff to raise any concerns, it said.

The Unite union said it was continuing to receive complaints from fast food workers of breaches at various chains' stores.

The Restaurant Association said yesterday it was taking time for members to work out what safety measures did and did not work.

The government said it would also take time for people to get used to its new compliance investigation approach involving four agencies including WorkSafe. There are, however, only 10 days of level 3 left.

Police have a form which people can use to report a Covid-19 breach.

Barrister John Goddard said it was wrong for the government to look to customers to spot workplace breaches, and then rely on the police to stop them.

WorkSafe was the agency "that has the expertise to enforce the level 3 measures".

"Unfortunately, the police have shown in the past they don't have the expertise, and we've seen that from Pike River and the CTV building collapse where no prosecutions were brought, and WorkSafe needs to be resourced sufficiently to carry out their role," Goddard said.

WorkSafe said yesterday it would be rigourous with enforcement but that it was "phenomenal" how the vast majority of businesses were following the rules or were open to improve.