Restaurants and cafes were on a fast learning curve as they made the most of being back in business under level 3. 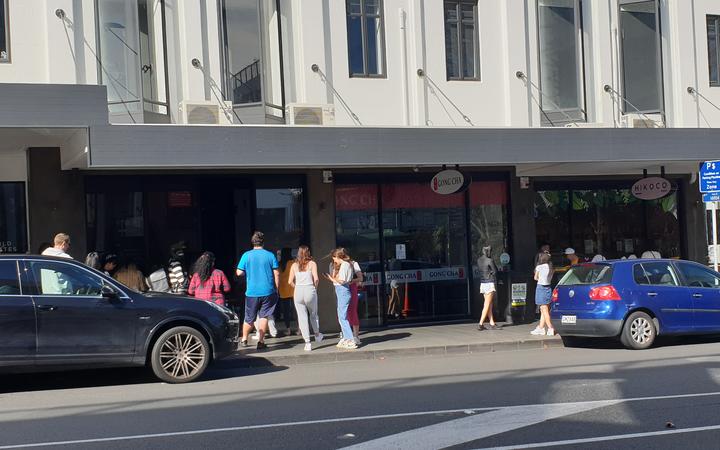 People queued to get their fast-food fix before the sun had even risen on the first day of level 3, and there were anecdotes of people leaving their cars in drive-throughs overnight to save their spot for the morning.

Orders for delivery company Delivereasy were coming in before it was even open and by mid-morning, it as averaging one order every eight seconds. The company's website traffic was three to four times higher than normal.

By mid-afternoon, all 76 Hell Pizza stores had overcome the lunchtime hurdle and were on track for a record-breaking day.

"Normally we'd be comparing it to a Tuesday or a Friday, or whatever the day of the week it was, but it's something out of the ordinary obviously."

Even after such a long time out of action and with such demand, he said customers should be aware of their priorities under level 3.

"With all of our stores and the staff, the direction we've given them is to put safety first.

"We do expect orders will take a little bit longer than usual to prepare, especially over those peak times there will be some quite long wait times, for those who decide to order."

The only difficulty, he said, was managing demand with a reduced staff.

"Our pizza-making bench station just can't fit as many people on it, so our production volumes, the capacity, is a little bit down on what we'd usually have for a really busy night.

"That's really the main challenge for the staff: being able to keep a cool head and process the orders as quickly as they can."

While takeaways and fast food had been expecting to be busy, for coffee shops, it was a more tentative opening.

"We opened the shops that we did because we knew that there were perhaps some people working in those areas," she said.

"So we've had one of our sites which was probably about 30 or 40 percent of our normal day, and the others are quite a lot quieter than that. So it's pretty small scale at the moment."

A big part of reopening was to get used to the new way of doing business: from the paying to the providing.

"We've always had an app where you could load up money onto your app and then just regularly you can just scan at the till and then pay that way," she said.

"The additional step is that you need to email the store with your order so you're not fronting up in front of our staff members. So, it's not that simple, but it's the best that we could come up with quickly in the short term."

Putting alert level 3 rules into practice is something every business is grappling with; how to keep staff social distancing from each other and avoiding contact with customers.

One Wellington business hung the Eftpos machine on a hook for people to use Paywave. Another coffee shop passed out coffee cups on a tray fastened onto the end of a wooden plank which could be extended 2 metres.

Delivering on day one

Then there were those that used the day to get to grips with delivery systems, where none existed before.

In Auckland, Sumthin' Dumplin' created their own delivery software during the lockdown. Its director Richard Su said they were kept busy adapting to the changes.

"Overall it's pretty good - we got a lot of people ordering online.

"Overall people are quite nice, and if we do make mistakes we give them a call, and they're quite chill about it."

For many whose livelihoods have been on pause for the past four weeks, yesterday was the chance to begin to resemble what went before.

Tony Parsons runs the Little High Eatery in Christchurch - a collection of small businesses under one shared roof.

"For them to be actively doing what they love doing is a great step forward emotionally," he said, "but it comes with the risks of what the uncertain future looks like".

"I think our guys genuinely like what they do and to be back at work with their colleagues was incredibly rewarding."

He said they were humbled by the response they received from the public.

"The guy from Base Pizza, he was one of the founding members of the Little High Eatery experience.

"He was saying some of the comments that he got back left a lump in his throat. People were genuinely nice and supportive in their plight, not just wanting a transaction."

With much still up in the air, the hospitality sector will hope such support continues, not just for the first day, but over the coming weeks and months.