Some people are gearing up for a return to work, while others have been salivating at the prospect of their first takeaway in weeks. Aucklanders spell out what level 3 will mean for them. 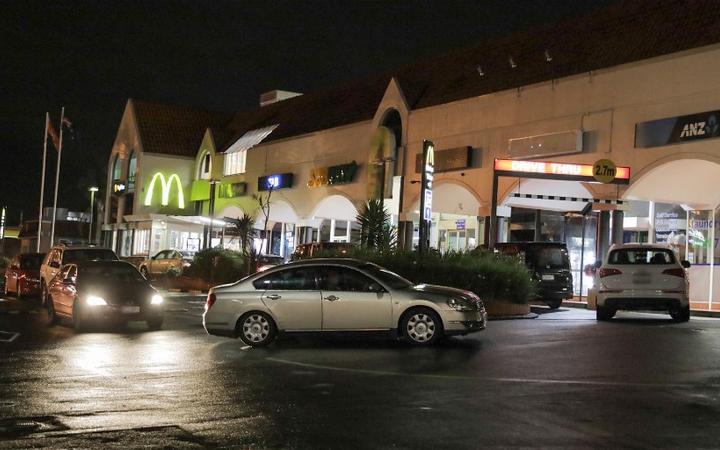 The car park at McDonald's in Royal Oak, Auckland at the beginning of alert level 3. Photo: RNZ/Simon Rogers

Grey Lynn resident DC knew straight away what he wanted to eat when takeaways would reopen.

"Fish and chips, and there's a little bakery called Early Bird Bakery on Ponsonby Road - they make the best pies."

While he hasn't been able to go out to his usual job, DC has enjoyed lockdown, because it's been a chance to kick around at home.

DC and his wife also have a fitness business, and he's been helping her film and edit online classes during the lockdown.

"So we've been busy the whole time, plus I've got a recording studio, so I've been in there too.

"For me, it's been fun, I've been keeping in shape, making music, making movies - I'm going to miss [lockdown] big time."

Another neighbour wasn't expecting much to change under level 3 - except one thing.

"We don't actually eat takeaways, but I want to have everything."

He was looking forward to curry.

While there would be changes and extra precautions to avoid Covid-19, he wasn't too worried.

"But we've virtually got almost no cases."

He said that was reassuring.

Ally has spent lockdown with her two flatmates a couple of blocks away.

She was very much looking forward to venturing beyond her immediate neighbourhood.

Ally admitted that things had got a little trying at times in her flat on the cooking front.

"We've had a few days where everyone in the bubble has just been a bit over it and we've been very keen for very easy options.

"We've been getting Patak's instant curry [sauce], but it's just not the same."

To compensate, Ally and her flatmates have already got a priority takeaway list.

"Getting very excited for some veggie dumplings, I've also been told that I have to have mandatory noodles, which I'm also excited about, and I think we've pretty much got a full week's worth of takeaway options."

Courtney and his partner weren't expecting any dramatic changes with the switch to level 3.

"I'm still going to be working from home, we can get a coffee on our daily walk, other than that, we're not extending our bubble at all, all our relatives are a bit too far away.

"We've got a newborn who's spent all his life in lockdown, so I don't think it's going to change," Courtney said.

So has it been hard being first-time parents in lockdown?

"It's actually meant that we've had a bit more time to learn the ropes. I had two weeks parental leave, but it just means there's an extra set of hands at home," Courtney said.

"We've kind of embraced the whole lockdown period, while being safe and sensible, to try and make the best of it and enjoy ourselves."

The country will be in alert level 3 for at least two weeks and Cabinet will reveal what happens next on 11 May.