A New Zealand scientist has created the compound which is now a front runner as a treatment option for Covid-19. 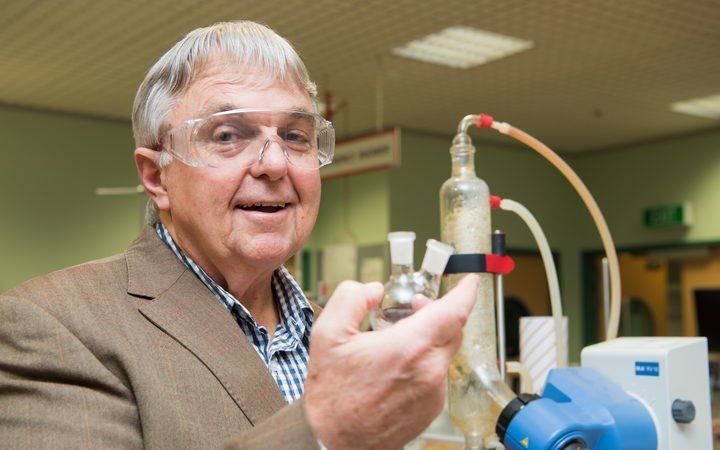 Meanwhile a group of scientists have asked the government for funding, so that when an anti-viral treatment drug becomes available, New Zealand can manufacture it here.

Without a vaccine or complete global eradication - a life without Covid-19 feels like a distant dream.

But scientists believed anti-virals would be useful in treating Covid-19.

The drugs could reduce the amount of time a person is infectious, the severity of that infection and ideally keep people out of the hospital system.

Eventually the drugs could be used preventatively, and offered to frontline health and rest care workers to prevent them from contracting the virus.

The Ferrier Research Institute's director Professor Richard Furneaux, said one anti-viral drug that looked promising in the treatment of Covid-19 was designed and synthesised by his colleague Professor Peter Tyler.

"It was part of a partnered intellectual property licence to a company called BioCryst Pharmaceuticals in the US, [it] was discovered by them to be a potent anti-viral compound.

It is now going to be trialled in Covid-19 patients in Brazil.

This is one of the trials Furneaux and a group of colleagues would be monitoring for success.

The group was made up of medicinal chemists, clinicians and virologists, including infectious diseases specialist from Otago University Dr Kurt Krause.

"What our group proposes to do is to monitor the science, rank the science that is the best in terms of identifying the compounds that look to us to be the most effective and most likely to help the most people who have serious Covid-19 infection," he said.

Dr Krause said once a successful anti-viral was found, it would be patented by a big pharmaceutical company and New Zealand would have to purchase it off them.

He said the biggest issue was the potential to be locked out of the market as every country in the world tried to buy it.

"It's very likely those companies would say 'we are unable to supply anything to you now, we could in several years from now, or down the road but right now we are just swamped'.

"And that's where what we are saying, look what we could do is actually partner with you guys and make those medicines here in New Zealand."

He said there was a possibility they would not get permission from the big companies, but with the government authority they could go ahead anyway.

A chemical patents specialist at A J Park, Duncan de Geest said this would be an unlikely scenario - but there are provisions that would protect New Zealand if it needed to happen.

"There are Crown use provisions in the patents act that permit the Crown to either use themselves, or authorise another person to use a patented invention without that being an infringement," he said.

"They are not commonly invoked and their are quite stringent restrictions about how they can be invoked. They are intended to allowed the crown to respond to, for example the Civil Defence emergencies."