Carbohydrate chemist Professor Peter Tyler, from the Ferrier Institute at Victoria University of Wellington, has been awarded the 2017 MacDiarmid Medal for designing and synthesising many potential new drugs to treat diseases such as cancer.

Peter specialises in enzyme inhibitors, which target particular enzymes that play a key role in the development of diseases. 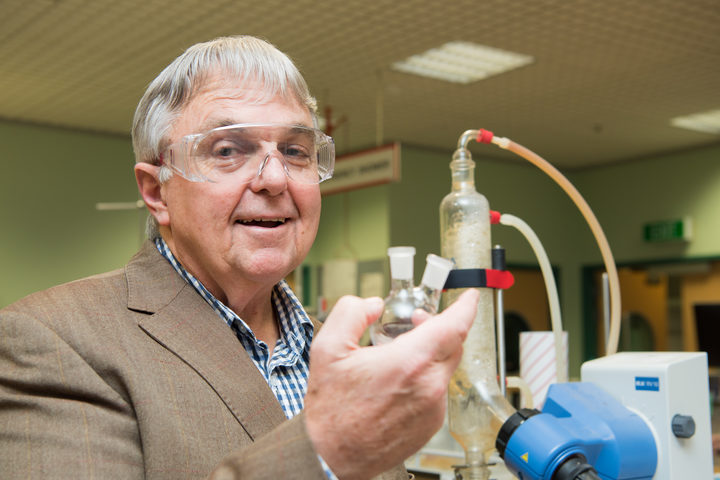 Peter says he gets enormous satisfaction from designing new molecules that have never existed before, and from knowing that there are people who are alive today thanks to the treatments he has helped create.

Peter says collaboration is a key part of his research. He works closely with Richard Furneaux, also from the Ferrier Institute, and also with Professor Vern Schramm from the Albert Einstein College of Medicine (AECOM) in the United States.

Earlier this year Munsedine, a drug developed by the team had the rare distinction of finally being licensed for use in Japan.

This is a big deal – only 30-or-so new drugs are licensed by the FDA in the United States each year, and Peter says that this is only the second drug developed in New Zealand to make it to market.

Peter says he has synthesised hundreds of potential drugs during his more than 30-year career, but most of them haven’t even made it into clinical trials.

Munsedine treats a type of lymphoma called peripheral T-cell lymphoma (PTCL), a group of aggressive diseases that accounts for 10 to 15 percent of all cases of non-Hodgkin lymphomas.

The active ingredient forodesine hydrochloride was developed by Peter and his team.