There are five new cases of Covid-19 in New Zealand and one further death, Director-General of Health Dr Ashley Bloomfield announced this afternoon.

At today's media briefing, Dr Bloomfield said the number of cases in New Zealand increased by five, with two new confirmed and three probable cases, all linked to existing cases.

A woman in her 70s has also died - she was at a rest home in Te Atatu but had been transferred to Waitakere Hospital. She had an underlying health condition and died yesterday.

Dr Bloomfield said the ministry was still working on guidance for those wanting to visit elderly relatives dying of Covid-19. He said they were still very concerned about clusters in rest homes.

The death toll in New Zealand from Covid-19 is at 13 after the death yesterday. The Ministry of Foreign Affairs and Trade also confirmed today a New Zealand man travelling in Peru had died from Covid-19, but this is not being counted in the official toll.

Education Minister Chris Hipkins was also at the media briefing, and said the government was not in a position to say whether the person was meant to be on a mercy flight from Peru to NZ.

The new cases brings New Zealand's total cases to 1445. There are now 1006 recovered people with 12 still in hospital, and three are in intensive care.

A total 89,503 tests have now been carried out. Dr Bloomfield said there remained only four New Zealand cases where the source of infection was uncertain.

The total number of confirmed and probable cases of the Covid-19 coronavirus in New Zealand increased yesterday by nine to 1440, with 974 people recovered and 14 people in hospitals.

Prime Minister Jacinda Ardern yesterday announced the country would move to alert level 3 at 11.59pm next Monday, five days after the four-week lockdown was planned to end. It would remain in at least alert level three for the following two weeks before being reviewed again.

Hipkins said that as of 10am, there were 1952 people in managed isolation, with 86 in mandatory quarantine after 348 people arrived on flights yesterday.

The government yesterday said schools and early learning centres could reopen next Wednesday for children who could not learn from home or whose parents were going back to work at alert level 3.

The government said people would be allowed into schools and early learning centres from today for cleaning and other preparations ahead of a teacher-only day on Tuesday.

He said it was acceptable to bring in a relative to look after children at home if both parents needed to work. 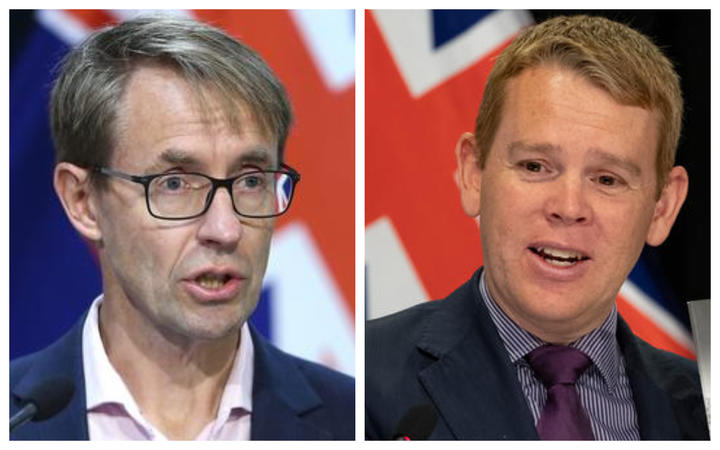 He said schools and ECEs concerned about numbers getting too large should talk to the Ministry of Education.

Education for those in years 11-13 would continue remotely, while university students in flats or hostels can stay there with strict social distancing precautions.

If students went home before the start of lockdown they must stay there.

Schools will have a teacher-only day on 28 April, with children to attend from the next day - however, some schools may need to take longer on their preparations before re-opening.

He said parents must do their bit - definitely keep children home if unwell and take advice on whether they need to be tested, maintain your household bubble and maintain good hygiene.

Hipkins said there were estimates around 80,000 households had no internet access.

He said the Education Ministry was confident however that people were connecting either through online learning, the physical packs, or TV learning.

He said residential and special schools would not be able to open in the early stages of alert level 3, but they may be able to open later on if public health measures could be managed.

The government yesterday said children and teenagers were at low risk of catching and passing on the coronavirus.

Dr Bloomfield elaborated today, saying the WHO-China review - particularly in Wuhan - was clear that no one could recall an instance of a child passing Covid-19 onto an adult. He said that seemed to be the experience in other countries also and there were few cases of children under 10 catching it in New Zealand too.

However, early childhood services want more evidence it will be safe to reopen next week and some are likely to remain closed.

The Early Childhood Council, which represents more than 1000 early childhood services, had called for centres to remain closed until the country reached alert level 2.

Hipkins seemed to offer some leniency.

"We're not being too heavy-handed about this," he said. "I'm not going to set a hard and fast rule about this."

School principals appeared to be happier about the decision, with Principals' Federation president Perry Rush saying they understood that schools needed to reopen so parents could get back to work.

Hipkins, who is also Leader of the House - said Parliament would meet again on 28 April and with the exact details of how this would work to be decided tomorrow.

He said Parliament would operate with fewer MPs to enable physical distancing and to reduce MPs' travel.

The House would deal with Question Time, ministerial statements, and urgent Covid-19 related legislation and any other urgent business.

PPE and other health precautions

The Auditor-General has announced the management of PPE will be reviewed, with results due in four weeks.

Dr Bloomfield said he was pleased that was the case.

Pressed on shortage of PPE in some locations and that it might be being re-used, he said he was confident that there was a good supply.

He also said payments totalling $26 million were being paid to GPs around the country to help with expenses related to Covid-19 and discussions were under way on more funds.

In Auckland region, used N95 masks were being retained because there was good evidence from overseas that they could be put aside for possible re-use in future.

The masks were not being re-used yet, Dr Bloomfield said.