Customs seized 70 percent less methamphetamine and 60 percent less MDMA at the border in the first three months of this year, compared to last year. 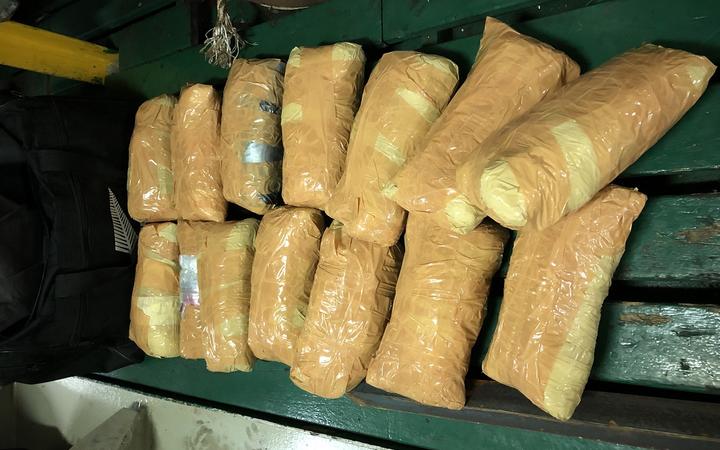 Customs manager of investigations Bruce Berry said the decrease in the country's "two most prevalent drugs" was partly due to disruption from international travel restrictions, and partly because police took out a large supply chain before lockdown.

However, he warned organised crime groups would be adapting quickly, because "where there's demand, there is likely to be more supply".

"We know organised crime is not always compliant with lockdown rules and will work around these things," he said.

"I can't see air travel space opening up for a period of time so we'll see them move to other streams. It's like a balloon. If one particular stream is constrained, it will pop out somewhere else."

"This is where our intelligence sharing with our international partners is really, really key. What we see in New Zealand will be mirrored around the world."

Barry noted the total volume of drugs had taken a steep drop but there had been a less significant change in the number of times drugs were confiscated.

That meant illegal drugs were generally reaching the border in smaller individual quantities.

From January to March customs recorded 65 "intercepts" of methamphetamine, compared to 85 in the same period in 2019, and it recorded 123 intercepts of MDMA compared to 185 last year.

Berry applauded the efforts of Australian authorities for intercepting a yacht packed with drugs in New South Wales on Saturday.

Close to $800 million of methamphetamine was seized and two men on board were arrested, including New Zealander Mark Robert Andrew Bishell.

"Maritime incursions has been around for a long time. What we know is they're an international trend and we have seen them in New Zealand from time to time, so we are working closely with police and our international partners to try and identify and tackle this really difficult problem," Berry said.

"What [Australian authorities] have done is taken money out of an illicit supply chain. Someone has lost a lot of money from that seizure."