Just because New Zealanders are in lockdown doesn't mean their addictions are too.

Some experts are calling on people to use the time to reassess their use of both legal and illegal substances and quit if possible.

The nationwide lockdown means some New Zealanders would have to find new ways to confront, break or feed their addictions.

One in five people in the country are harmful drinkers.

"Covid is giving a number of Kiwis a pause for thought about whether they actually need alcohol."

Most of the country still has limited access to alcohol.

But, drinking to cope with self-isolation was swimming in dangerous territory, he said.

"Don't necessarily reach for alcohol ... it is just like using any other drug like morphine, cocaine or cannabis. If you are using it to cope with anxieties and stress, maybe think 'is there another way I can do this?'"

"Some people will change their drug use to respond to the different supply ability or try new drugs ... increasingly social media is being used, use of dark net ... that kind of online drug market - they don't have to travel and won't be going through a physical transaction."

The associate professor said the lockdown would slow the supply chain and limit options, leading to a substitution of substances and a more localised market.

Growers and sellers wanting to capitalise on harvesting cannabis risked being caught by police if they left their 'bubble', he said.

Some people had already stocked up on weed before they hunkered down.

They said they relied on WhatsApp and mail box deliveries for their supply.

One person said: "It's probably easier to buy drugs now than it is to get a can of baked beans." While another said: "Yeah, like did they expect dealers and cooks/growers to just stop?"

NZ Drug Foundation deputy executive director of programmes Ben Birks Ang said many people in self-isolation were already overdosing or having withdrawal symptoms and that was a worry for family members.

Birks-Ang said "substance abuse affects entire households" more so now than ever before, and staying open about when drugs were used could help prevent an overdose.

Many alcohol and other drug services are still supporting people during the lockdown.

Here is a useful guide on what to do in response to withdrawals or a drug overdose: 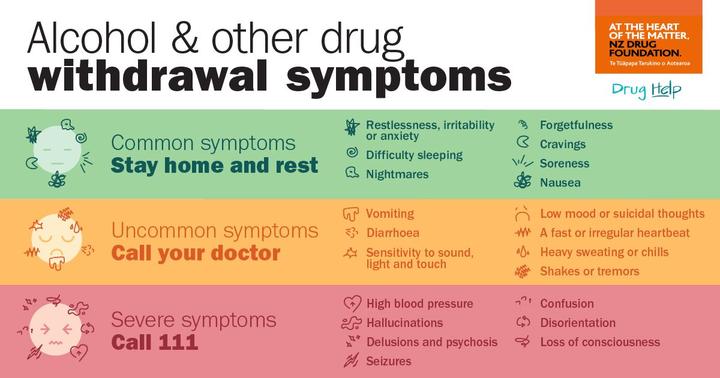 For more help with drug and alcohol addictions: