The introduction of New Zealand's world-first needle exchange programme 30 years ago has helped this country avoid the high rates of HIV found overseas, a study has concluded. 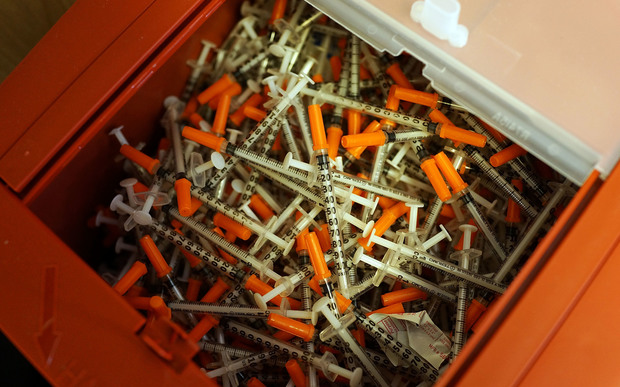 A study in the Drug and Alcohol Review out this morning shows that between 1996 and 2018 New Zealand averaged just one HIV diagnosis a year among people who inject drugs.

They make up 2.9 percent of the 1653 people who contracted the virus over the period.

Researchers say the sustained low levels shows the effectiveness of the harm reduction - rather than criminalisation - approach to drugs.

Study lead author from the University of Auckland's Centre for Addiction Research, Peter Saxton, said interventions such as needle exchange, condoms and HIV testing have reached the majority of people who use drugs.

"But we have to remain on our toes," Dr Saxton said.

"HIV is transmitted very easily by sharing unsterilised injecting equipment, and the potential for clusters of infection to occur quickly is always there.

The needle exchange programme is a network of 20 regional outlets and 180 pharmacies and other outlets who supply free, sterile needles and advice to drug users.