The world's first HIV-positive sperm bank launches today in New Zealand, hoping to reduce the stigma still felt by those living with the virus. 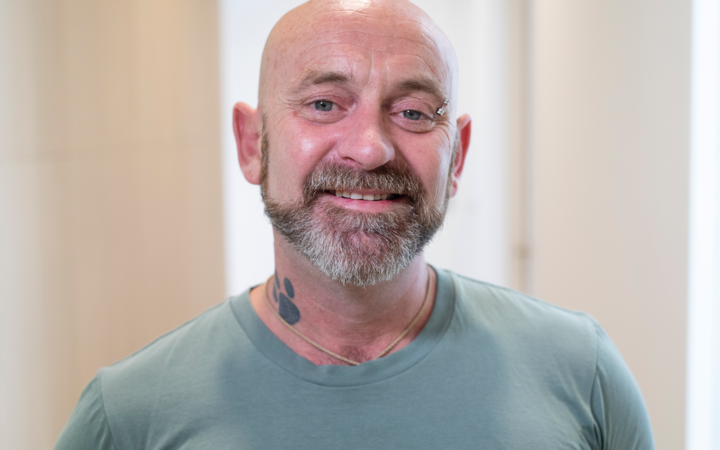 Damien Rule-Neal says he's happy to donate sperm if he's able to give someone the gift of children. Photo: Supplied / NZAF

Each of the three donors who have already signed up have a 'consistently undetectable viral load', meaning the virus cannot be transmitted to others.

Damien Rule-Neal is one of those men.

He was diagnosed with HIV just under 20-years-ago and says stigma and ignorance is still rife.

"I had to leave a job after disclosing to my manager I was positive because of the bullying once I'd informed her. That was really sad because that was in the health and disability sector," he told First Up.

Healthy and happily married, Mr Rule-Neal is the biological father to two children, step-father to his partner's child and grandfather to three girls.

He said if he was able to give someone the gift of children, he would be happy to donate his sperm.

"Unfortunately, the stigma is still pushing people not to disclose their HIV status."

He said that was why launching Sperm Postitive was so important.

"We were not able to donate sperm and create lives, and now we can."

"People living with HIV are afraid to have children because of passing it on to their partners or maybe giving it to their child, that's where the fear comes from and that's something we need to eliminate."

Finding people to donate was easy, he said, but it was hard to get them to go public as they were nervous about negative reactions.

Being a social media campaign, Mr Fisher said he knew trolls will come out, but launching Sperm Positive was about changing the conversation about HIV.

"It's something we should talk about, the things that aren't relevant like sharing a glass - some people think that's a risk but it isn't a risk, we shouldn't have to talk about it, we've moved on from that."

The last HIV-positive baby was born in New Zealand in 2007, he said.