More innocent people could end up being sentenced to jail now the suspension of jury trials has been pushed out until July, a Defence lawyer says. 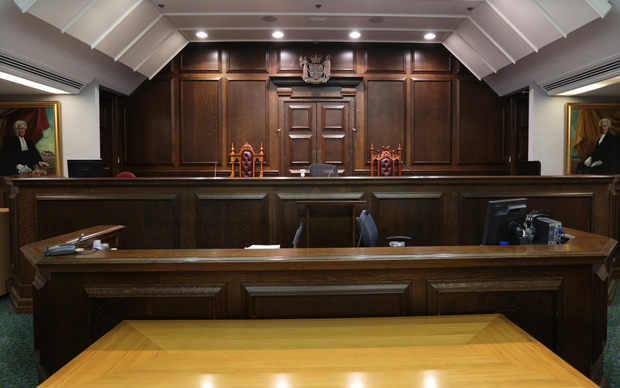 Chief Justice Helen Winkelmann shut down the trials last month until May, and that has now been extended another two months due to the Covid-19 pandemic.

Courts are still hearing priority proceedings during the lockdown which include matters of individual liberty, family violence and cases where a defendant is being held in custody - unless the cases involve witnesses.

Elizabeth Hall from the Defence Lawyers Association said the backlog could cause year-long delays in some cases, and defendants could decide to plead guilty rather than wait.

"The people who are awaiting trial are presumed to be innocent.

"So the risk is that people who are in fact innocent feel the pressure to plead guilty just to get it over and done with, because they can't bear waiting and because they may end up being in custody longer waiting than if they just pleaded and got it out of the way."

She said extending the suspension of jury trials would have a "devastating impact" on victims, witnesses and defendants.

Hall said lawyers understood that convening juries created a health risk and the only option was to cancel them for now.

She said delays like this in other countries would lead to some cases being abandoned.

"That is the prosecution not being able to continue because of the unfair way that people have to wait so long for their hearings.

"So we're going to need to see whether New Zealand adopts that line as well and starts to be proactive in culling some of the cases that need to be heard."

She said the Ministry of Justice was working incredibly hard to get technology up and running so people can appear in court remotely.

In a letter to lawyers on Wednesday Justice Winkelmann said she expected cooperation in the profession to progress cases as quickly as possible so that the backlog of cases does not overwhelming the courts leading delays and injustice.

She said officials were working on reinstituting judge-alone trials as soon as possible.