Prison guards say they are having to confine prisoners to their cells for between 20 and 23 hours a day in most jails to manage physical distancing during the Covid-19 outbreak. 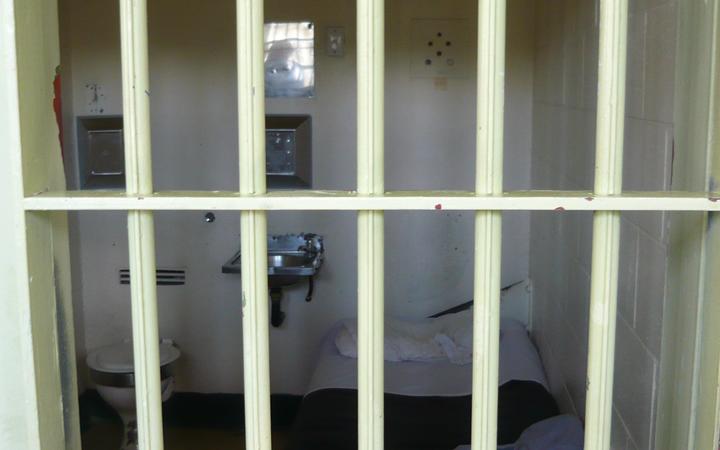 Normally prisoners would be out of their cells between 8am and 5pm each day but Alan Whitley, president of the prison guards' union the Corrections Association, says these are not normal times.

"We're doing it so we can maintain a form of social distancing with the prisoners and the staff that work there because we only have so much area for us to be able to exercise the prisoner when they're out of the cell."

The long hours of lockdown are a concern to Hamilton woman Shell Boyd, who has two sons in prison. "Could you imagine locking up an entire jail for 23 hours a day," she asked. "They're not doing anything but sitting in cells - that is dangerous."

The Department of Corrections confirmed prisoners had increased lockdown hours but said no prison had a 23-hour lockdown policy during the pandemic.

"No sites are operating a 23-hour lock up," National Commissioner Rachel Leota said in a statement to RNZ. "There are reduced unlock hours at some sites to ensure physical distancing between prisoners and staff and these hours will vary depending on the site and operational requirements."

Leota said Corrections was doing "everything possible to ensure prisoners continue to be provided with minimum entitlements set out in the Corrections Act" while also trying to prevent the virus getting into prisons.

But the conditions imposed during the pandemic are a worry for Flaxmere woman Helen Gelletly, whose partner is serving a five-year sentence at Spring Hill prison.

"The cells are quite small and they are poorly ventilated and some of them are double bunked so it's a fairly difficult situation for anyone to be in at the best of times."

She can't see her partner now because visits are banned during the pandemic, as are release-to-work activities.

Inmates were given a $5 phone card instead but that was to last a whole week and the demand for phones was high. "There are only limited phones and when they're only out for an hour a day, as you can imagine, there's quite a bit of demand for the phones."

Corrections told RNZ that prisoners should still receive any approved personal property sent to them but that has not been Helen Gelletly's experience.

RNZ has seen an email showing she was denied permission to send basic clothes, including underwear and t-shirts, to her partner.

The email, from a Corrections officer at Spring Hill, said the prison was not receiving any property during the Covid-19 lockdown.

The Corrections Association said that was partly because at risk guards - those who were older or had underlying health conditions - were staying home. "We've got fewer staff there at the moment. So jobs like that might not be happening," Whitley said.

Corrections have also suspended face-to-face visits by legal advisors but prisoners can still speak to legal counsel by phone.

This system was working well, according to Auckland defence lawyer Graeme Newell, who spoke to two clients at Mt Eden and Paremoremo prisons last week.

"Those prisoners told me that conditions had remained as they always had been." he said. "Prisoners were pleased that prison staff were wearing face masks to prevent infection to the prison population, so in general the impression I got was that prisoners were as happy as you could be in that situation."

Corrections said all prisons remained free of Covid-19 although one inmate at Hawke's Bay Regional Prison has been refusing testing for about 10 days and remains in isolation.

During the pandemic, new prisoners are being separated from others for two weeks after arriving. Inmates are still being transferred between prisons but if they have been anywhere in between, such as a court hearing or a hospital visit, they would also be isolated for 14 days.