Tasman residents forced out of their homes by last year's wildfire say it does not compare with being in a lockdown. 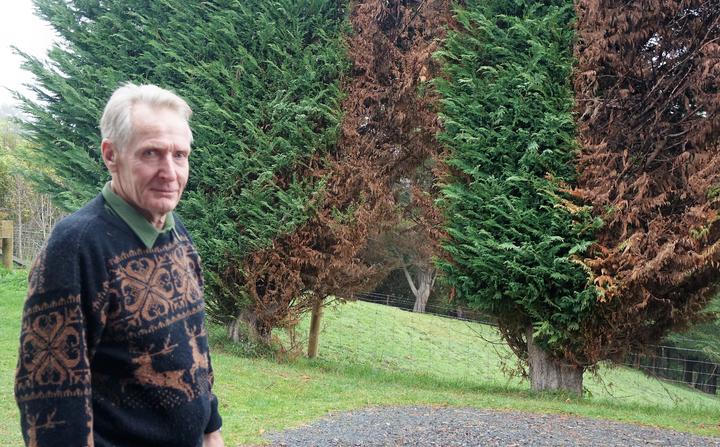 Mike Waring of Redwood Valley was threatened with arrest for refusing to leave his and his wife Gabrielle's home during the 2019 Pigeon Valley fire. Photo: RNZ / Tracy Neal

More than 3000 people were forced to leave their homes, some for several weeks, by the Civil Defence emergency during the Pigeon Valley fires last February and into March.

The Nelson-Tasman population of just more than 100,000 is now mostly locked down at home.

Mike Waring of Redwood Valley, who was threatened with arrest for refusing to leave his and his wife Gabrielle's fire-threatened home, said being forced to remain home was less stressful.

"We've just been bottling all our pears and normally we feed excess grapes to the stock, but now we've juiced them this year."

Waring said like most rural residents, they had taken basic precautions by stocking up on essential supplies, including fuel for the generator that powers their home which was off the electricity grid.

Waring acknowledged others were not so fortunate, and would be badly affected economically.

A Spring Grove resident forced from the rental home she and her husband had only just moved into when the fire started, said living in isolation was now second-nature to her.

Raewyn Robertson was now managing the cancer symptoms she lived with, and which earlier treatment had placed her in strict isolation for months. 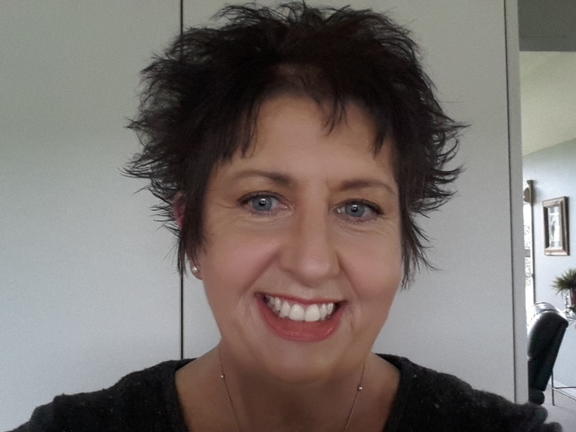 Her lowered immune system meant she was in a high-risk category for Covid-19, and was therefore in strict lockdown.

"I actually feel a lot safer being at home right now," Robertson said.

"I've been through this level of isolation after a bone-marrow transplant so I know about the need to be careful.

Sue Ketel was another who along with her family was forced out of home by the fire last year. She said that experience next to the current one was "world's apart".

"During the fire everything was spinning out of control - we had no control over anything, including our animals in three different locations.

"We were anxious and scared and never knew what we were going to wake up to."

She said the anxiety lingered long after the two-week evacuation period.

Now, they had control over their immediate environment, knew their children were safe and had the luxury of being able to cook food and eat in their own home.

"We feel very blessed, and very lucky to be where we are."

Mike Waring said it was clear from his observations that many were making the most of a challenging situation, and were using the time well.

"The day before lockdown began I was in Mitre 10 and saw a chap with six, 20-litre buckets of paint, so I imagine there's a lot of house-painting going on."

Waring said it might be hard right now to look for the silver lining behind the black clouds, but he was viewing it as the "planet's revenge".

"I think the planet is fighting back and I hope that in some ways more good comes out of this than in previous world events."

"One of the best things that happened when I was at my worst moments, I was given an easy-to-use tablet when turning on a computer became too hard.

"I kept in touch with family, with friends and when able to, my beloved animals.

"That was the most important thing for me - keeping in contact with people."

Robertson said it was important to spend time away from the computer, and to get outside where and when possible.

"Sunshine and exercise, get off the computer and keep to a routine.

"My husband encouraged me, even when I was really ill, to put on my make up and do my hair, get outside and go for a short walk."