It was a cold July morning in Pigeon Valley. 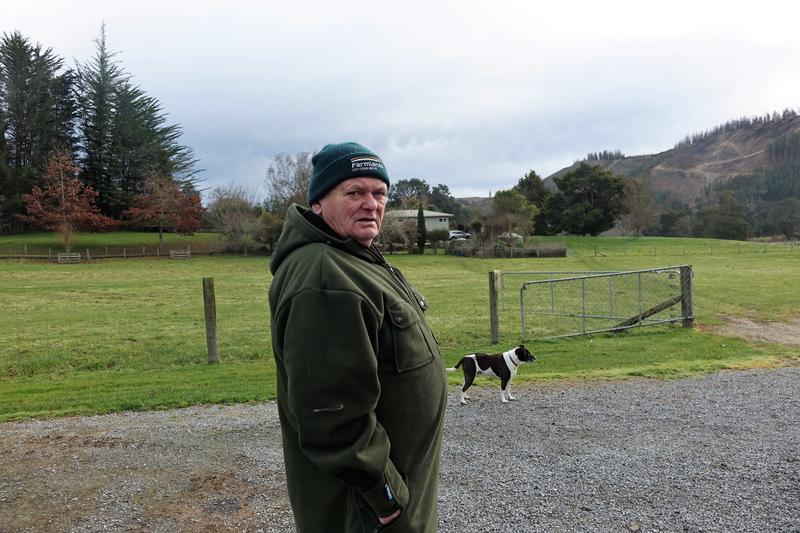 Merv Randle at home which is near where the fire began. Photo: RNZ / Tracy Neal 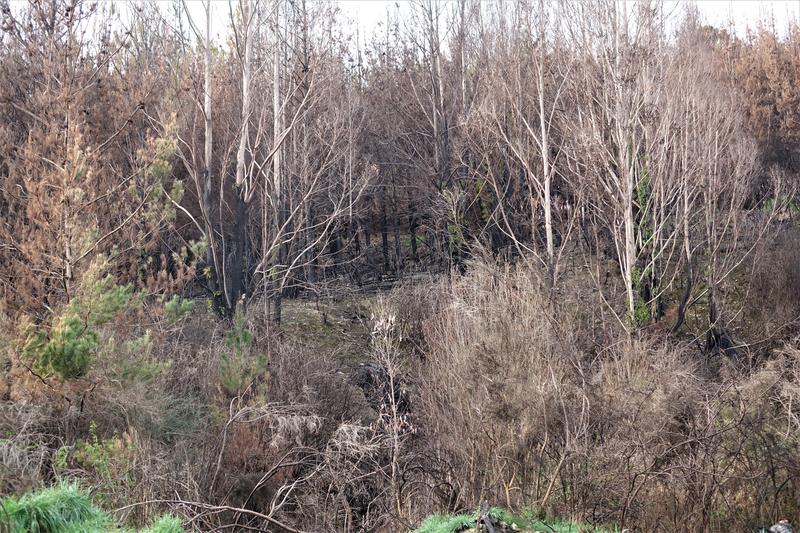 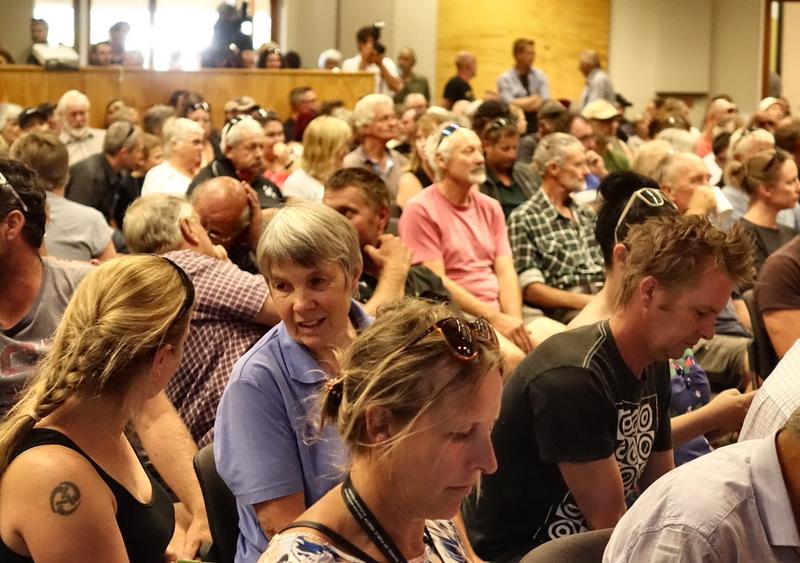 Residents evacuated in the fire attend one of many community meetings in Tasman. Photo: RNZ / Tracy Neal 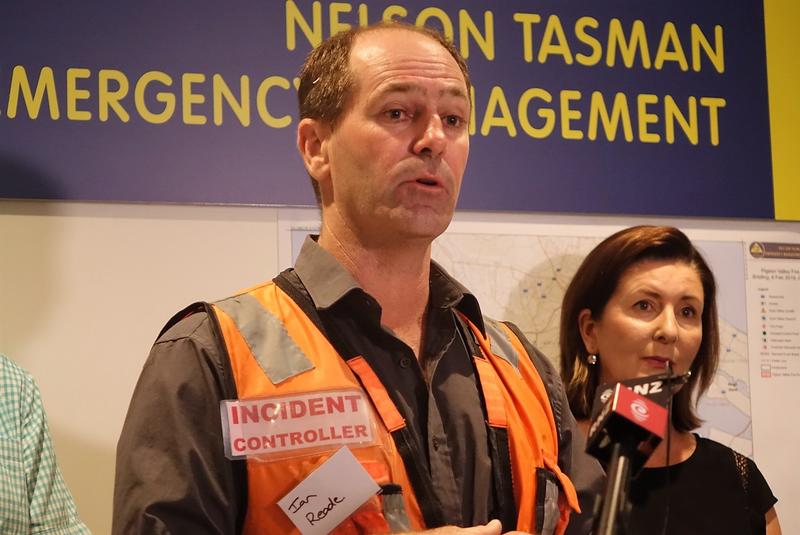 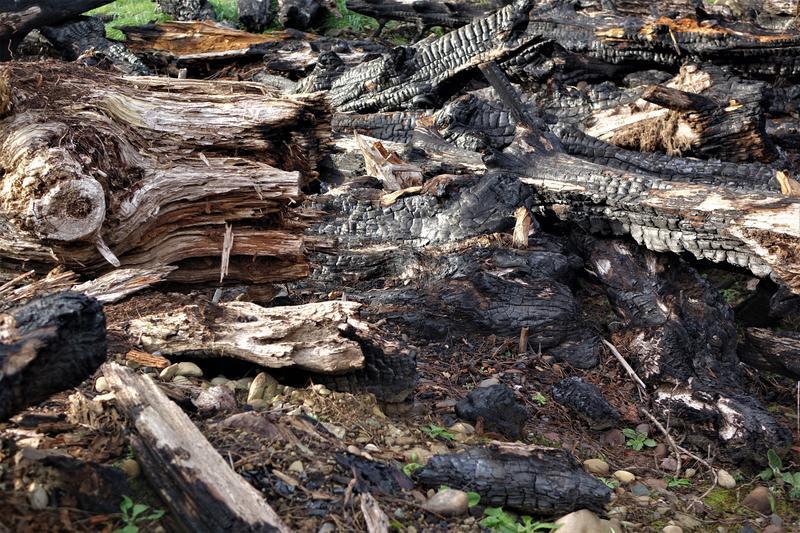 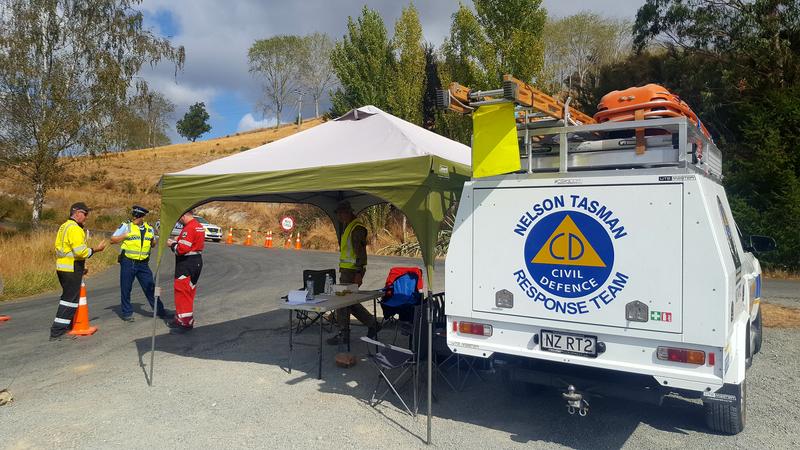 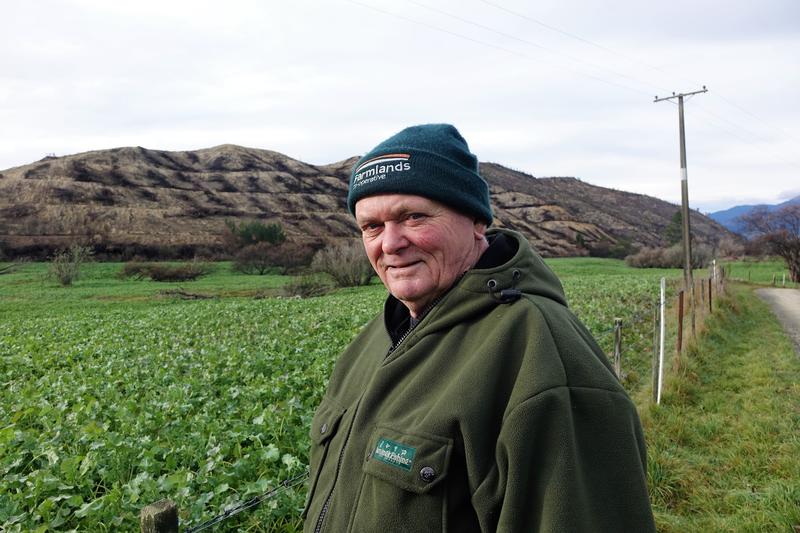 Merv Randle at the site where the fire began. Photo: RNZ / Tracy Neal 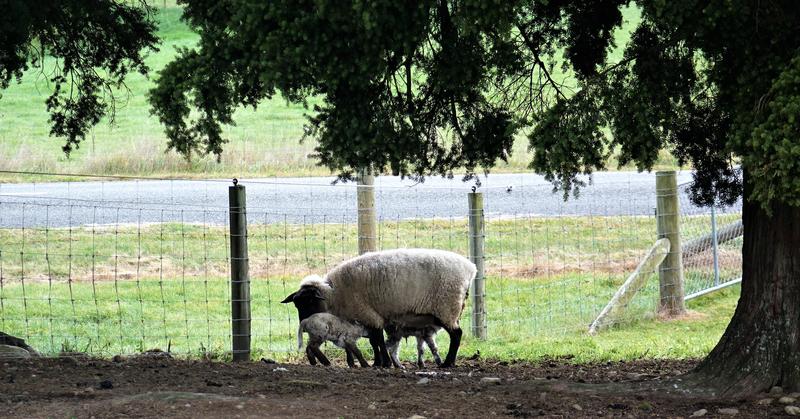 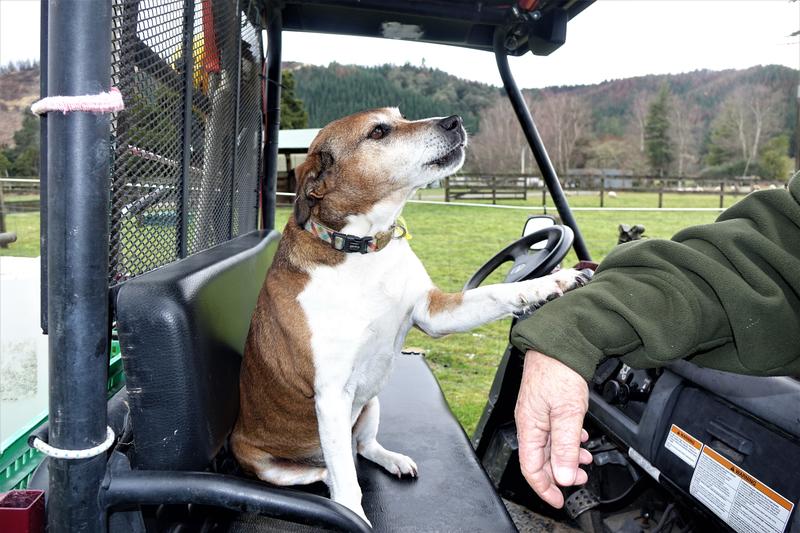 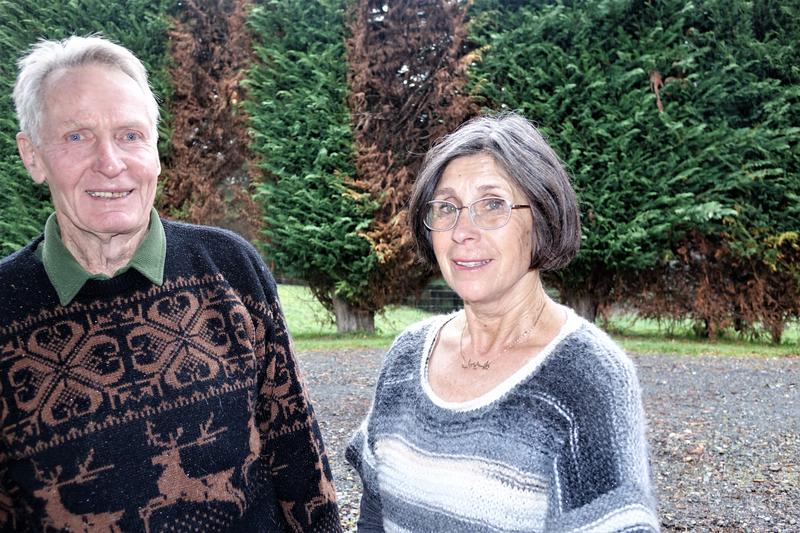 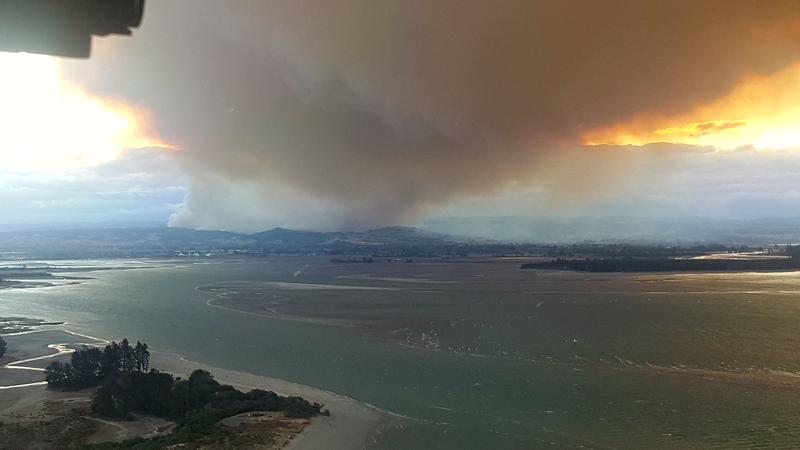 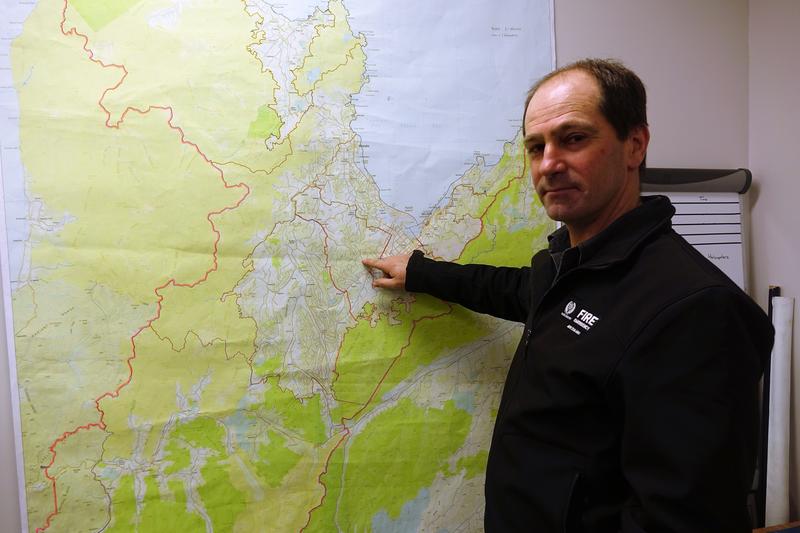 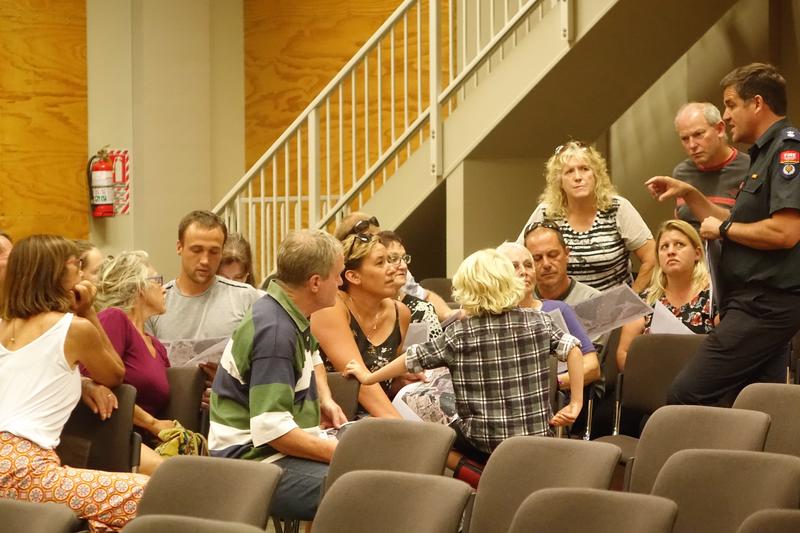 Residents evacuated in the fire being briefed by Fire and Emergency NZ. Photo: RNZ / Tracy Neal

Merv Randle was driving around his lifestyle block checking on new-born lambs, as ice-laden grey clouds dropped lower on the fire-scarred hills.

He pointed out the terraced hillsides that still showed traces of where New Zealand's largest wildfire in almost half a century had started.

The Pigeon Valley fire spread across more than 2000 hectares in the Tasman District, gobbling up forests, farms, fences, gardens, sheds and two homes.

Five months on the charred remains of forests have been felled, lawns and gardens torn up by machinery in the fire fighting effort are starting to recover, and green shoots of new growth were appearing on hillsides.

"In fact this is where it started, in these lovely green paddocks," Mr Randle said as we drove along a pot-holed gravel road.

"Except back then they weren't green - they were tinder dry. The fire started just over there on that cultivated piece," he pointed.

The fire was sparked by a contractor ploughing a dry, stony paddock. 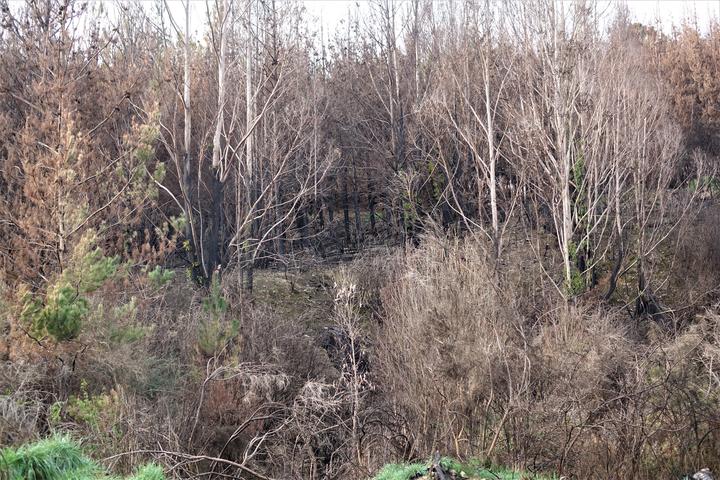 Mr Randle said the white plume he initially noticed was soon a dense, billowing cloud as he ran to get his camera.

"And just in the time it took to get that 100 metres across to the hay shed, it was a full-blown fire.

Two weeks after it started on 5 February, more than $50 million had been spent fighting the fire from the ground and the air, and in supporting more than 3000 people evacuated from their homes.

Figures from the Insurance Council of New Zealand show claims for damage to property and structures were close to $4m.

Almost half the total land burned belonged to Tasman Pine Forests, which was still counting the cost.

Mike and Gabrielle Waring of Redwood Valley - over the hill from Pigeon Valley - are thankful to still have their house.

Signs of how close it came are still evident in the singed trees near their front door, and a woodshed laden with fuel.

An avocado tree that took eight years to grow is now a stump with twigs after cattle released in the blaze remained and feasted on it.

They were evacuated hours after the fire started - something Mr Waring now questions.

He said they were allowed to return briefly the next day to collect supplies, and saw that their property had sat undefended.

Mr Waring did not blame the local fire crews, which he said were heroic in every sense.

He blamed instead the lack of available resource immediately on the ground to handle such a large-scale event, and the rules that denied him the right to save his own property.

"We were quite surprised to find none of the water supply had been used, there'd been no wetting down done.

"Apparently when the fire came over the ridge, Civil Defence made the call it was too big to fight and to pull everyone out.

"So basically, the whole valley was abandoned." 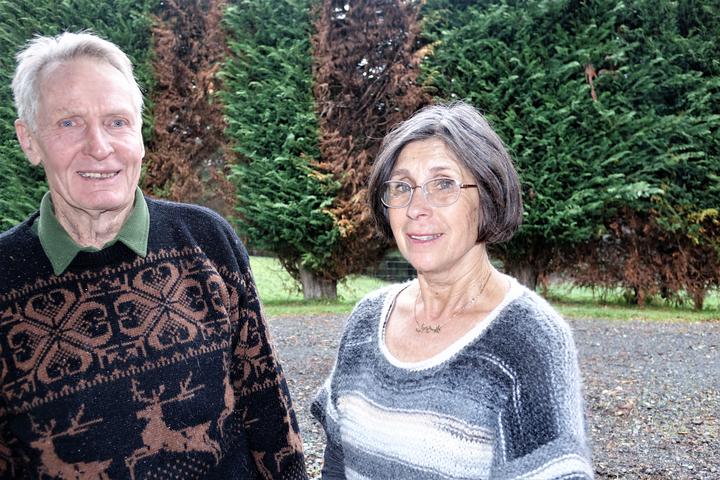 The fire was the first nationally significant blaze fought under the newly-formed Fire and Emergency New Zealand, or Fenz. A Civil Defence state of emergency was also declared, that gave controllers and emergency responders what was known as "extraordinary powers designed to deliver an effective and swift response".

Mr Waring believed the new rules were overzealously applied during a second fire in the Moutere Hills, when it was clear the major part of the blaze was well under control.

He said it was quickly extinguished because of the huge fire fighting resource that had arrived in the region, including helicopters and specialist fixed-wing aircraft.

"Then the police cars arrived and said, 'you've got to evacuate'.

"I said, 'hang on', but they wouldn't listen and told us we had to evacuate."

Mrs Waring said it seemed totally irrational, given that the fire, they could see from their living room, appeared to be out.

Mr Waring refused to go, so he was threatened with arrest, put in a police car and taken to a nearby stockcar track.

"I said, 'the fire is out, there are trucks up there and six helicopters'."

Principal Rural Fire Officer Ian Reade said the fire, which was still being monitored, was like nothing he had experienced in his entire career. He said it was only luck that it did not spread further right to the water's edge at the Waimea Estuary.

Mr Reade said whether or not the actions of emergency services seemed harsh, depended on who they talked to.

Mr Reade conceded there were some things that could have been handled better, following a debriefing with affected residents, and an operational review involving Australian fire specialists.

"Going forward, and in conjunction with other emergency services, such as Civil Defence and the police, we'll be able to be better than we were, around the likes of cordons and cordon management."

The Warings said insurance had covered some of the damage, but not all.

Donations to the fund from the public, the government and charities reached $479,422.

Back in Pigeon Valley, Merv Randle said the community has almost recovered, but some would not easily get over the experience of coming close to losing everything.