The Tasman District Council wants central government to help it meet the cost of dealing with the fires that tore through its region this year. 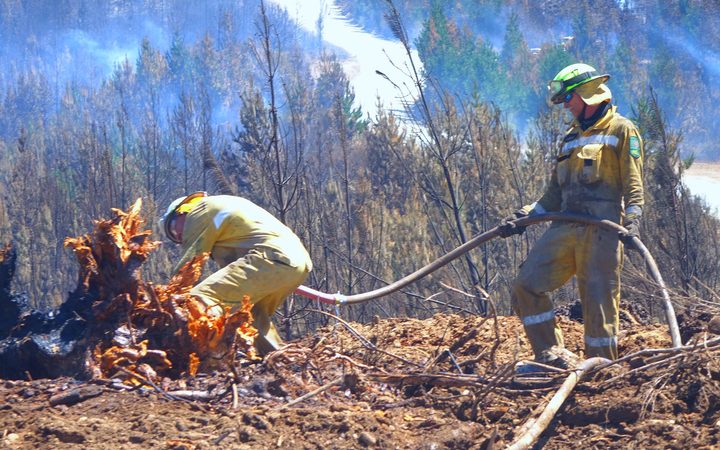 The fire covered 2300 hectares, required 1100 homes to be evacuated and cost up to $1 million a day to fight - mainly due to the reliance on helicopters with monsoon buckets.

While that expense was covered by Fire and Emergency, the cost of the civil defence response fell on the Tasman District Council.

Tasman Civil Defence manager Richard Kirby said council staff in Tasman put in 900 days of work which ratepayers will foot the bill for, and the same amount of work was put in in Nelson.

"In addition to that we had staff from councils all around the country through both the recovery and the response, so it's not only a Tasman District Council cost, it's actually a local government nationwide cost."

Mr Kirby said the council had a contingency funding for events such as this, but an event of this size meant that fund had now been depleted.

He said it would be helpful if central government helped, although it would mean a total change of the government's policy, because it has been a rule for many years that government does not fund council staff involved in events such as the fire.