Dozens of New Zealanders remain stuck on cruise ships because of Covid-19-related travel restrictions around the world. 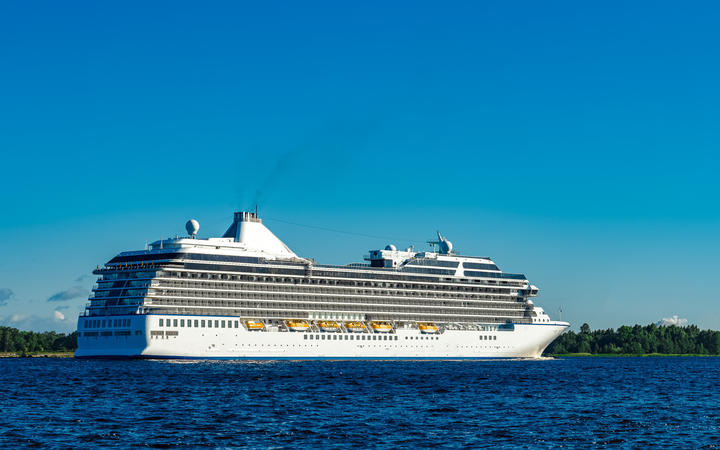 The Ministry of Foreign Affairs and Trade said it was in contact with 12 different cruise ships, with about 78 New Zealanders on board.

That is reduced from the number two weeks ago, when there were 23 cruise ships carrying more than 316 New Zealanders.

On Friday, six New Zealanders who were onboard the MV Ocean Atlantic that was stuck in Uruguay were able to return home on a commercial charter flight.

There are about 23,000 New Zealanders overseas who are registered with Safe Travel.

About 17,000 of them are living overseas, while the rest are travelling.

More than 1300 crew members are being moved between cruise ships in Sydney Harbour in what New South Wales police have described as the largest maritime operation the city has seen outside wartime.

Five cruise ships are being restocked before leaving Australian waters in an operation dubbed Operation Nemesis.

Late last month the Australian Border Force ordered all cruise ships to leave Australian waters before 15 June, warning of penalties of up to five years in jail or a $A63,000 fine.

The Spectrum of the Seas and Radiance of the Seas ships departed for their home ports after being refuelled and restocked with food and medical supplies just before 2:00pm.

The Celebrity Solstice, Voyager of the Seas and Ovation of the Seas will depart this evening.

"NSW Police has been instrumental in facilitating the movement of more than 750,000 tonnes of shipping through the Port of Sydney over about a 30-hour period," Superintendent Steve Hegarty said.

The operation involved NSW police force marine area command as well as the NSW Port Authority and Royal Caribbean Cruise Line, the operator of all the ships.

There are no passengers on any of the ships, only crew who have been under quarantine.

It is not known how many crew members have tested positive to coronavirus but several from the Radiance of the Seas were evacuated and taken to hospital this week.

Superintendent Hegarty said they were moving crew members between ships so people were organised according to their destinations.

"It is about getting some of these people on the cruise ships back to their home countries, back with their families," he said.

The coronavirus-hit Ruby Princess has not been listed as part of the group of five and is still on the Sydney coast at Coogee in the south.

Seven coronavirus deaths have been linked to the Ruby Princess, as well as hundreds of cases of Covid-19.

A political stoush continues over the management of the Ruby Princess disembarkation, which saw 2700 passengers offloaded in Sydney despite many experiencing flu-like symptoms.

More than 660 Covid-19 cases and the deaths of seven people have stemmed from the Ruby Princess.

Carnival Cruises, which operates the Ruby Princess, has been trying to negotiate with the state and federal governments to disembark all crew members who are unnecessary for the safe operation of the ship.

Six crew members from the Ruby Princess had to be taken off the ship and transported to Sydney hospitals earlier this week.

Carnival Cruises says it is unsafe for the ship to leave Australian waters because emergency healthcare will be out of reach.

NSW Police Commissioner Mick Fuller said an external team of specialists will board the Ruby Princess to conduct health assessments of the crew.