Travellers from overseas caught in New Zealand when the government imposed the Level-4 lockdown in response to the spread of Covid-19 are relieved they now have avenues to help them move about the country, to allow them to get home. 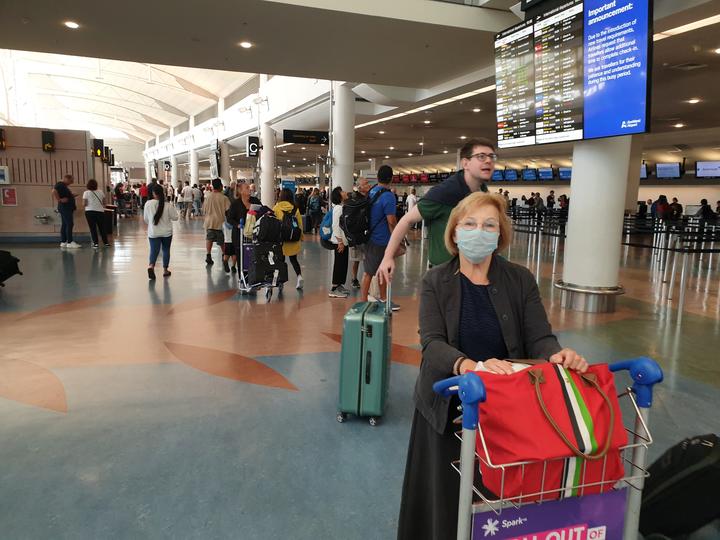 Tom Norring, the Danish ambassador based in Canberra, said several thousand of its citizens were here in the weeks before the coronavirus crisis escalated globally.

But perhaps as many as half were unable to get out in time, and were caught out when New Zealand went into Level-4 lockdown on 26 March, which banned all travel within the country except for essential workers and short trips to get groceries and medicine.

"That put a lot of European citizens, and Danish citizens travelling to airports or waiting to their flights out, that took them by surprise, not least because the decision to lockdown included stopping travel from the South Island to the North Island," he said

"And in that period international flights were reduced significantly."

Earlier this week the Danish Foreign Minister spoke directly with Deputy Prime Minister and Foreign Minister Winston Peters asking for domestic travel to be allowed for foreigners heading to airports.

On Thursday, Peters announced travellers from overseas are now allowed to move about the country if they are heading home. And there could be as many as 100,000 who will leave soon.

"When we moved into lockdown a week ago, the government rightly prioritised public health, and limited the movement of people so as to restrict the spread of Covid-19," Peters said.

"But it is clear that many foreign nationals travelling here do not have the resources or capability to adequately self-isolate, and wish to return home."

Norring says New Zealand is regarded as a relatively safe place for its citizens to be during the coronavirus outbreak, compared to many other countries Danes have been caught out in.

But many of the travellers are young, and would struggle to fund their accomodation and other needs if they had to stay for the entire lockdown.

His office has checked in on about 400-500 Danish travellers already.

"They are all in good shape and feel well taken care of and they are managing, but the concern for them is 'we need to travel out before we run out of money' - that's a natural thing."

He said commercial flights home are still available through Doha, though ideally the number "needs to be increased... for a short period."

And he urged Danes in New Zealand to leave sooner rather than later, in case the situation changes.