A 16-year-old girl who arrived back into the country from Spain on Friday and is in isolation in an Auckland hotel has no idea when she will be able to get back to her South Island home. 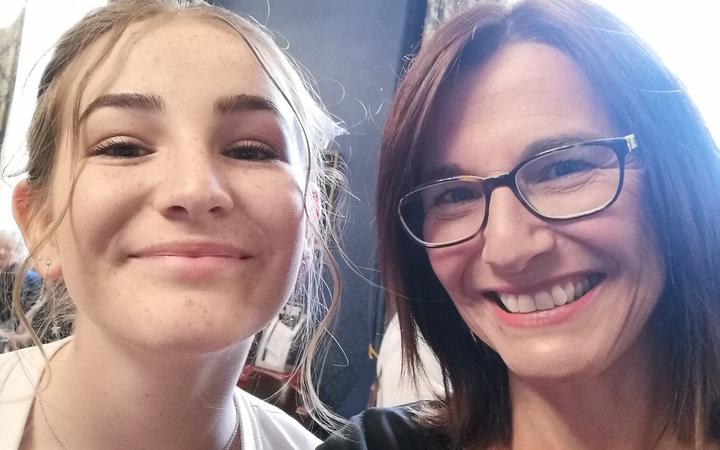 Nadia Leech was on a student exchange programme in southern Spain. She was driven the six-hour journey to Madrid by her host mother, where she took a flight to New Zealand via Doha.

Arriving in Auckland at 4am on Friday, she was told she would not be able to board the connecting 8am flight to Christchurch and was taken to a central-city hotel.

Nadia's mother, Kylie, said it felt like Customs and Ministry of Health staff didn't expect be minors to arrive and didn't know what to do with them.

"It was a bit confusing when she arrived at Auckland Airport, because it did seem those organising things there were unprepared for minors to be on the flight, of which there were about three, apparently.

"They weren't actually quite sure what to do with them - Nadia was told that maybe there was a chance she would get to home in the next couple of days, because [of] exceptional circumstances [and] being a minor, I guess.

"But that didn't happen, which is okay. We understood that was difficult at the time because flights just stopped, and they had a lot of people to deal with."

Kylie said her daughter was taken to a hotel where she could then self-isolate, but she was put in a suite with two other minors including a 17-year-old boy.

"They had just put the minors together, even though they didn't know each other, and they weren't a bubble as such.

"That was a bit unusual. I do believe that was probably an oversight.

"The hotel just lumped them all together and didn't quite know what to do with them. It was sorted out fairly quickly, but it was quite upsetting because they weren't told anything."

Despite the hope she might be able to make it home soon, none of the family has been told when or if that could happen.

"My mother and a friend of mine texted me and said, 'Did you hear they're going to start flights for people in self-isolation to Christchurch?'. And I had no idea - that was the first I'd heard of it.

"We rang the hotel [yesterday] and they say they can't really give us any information, but yes they believe that's happening, but they have no control over it."

She said there hadn't been much recognition of the need to help minors she just wanted some certainty about their situation.

In a written response to RNZ, the Ministry of Health said the minors asked to be put together in the hotel, but when health staff arrived at the hotel, it was their decision to separate them.

"The group arrived at the hotel before Ministry of Health staff were on site", the statement said.

"When Ministry of Health staff arrived on site they immediately reviewed the list of people in isolation and the accomodation arrangements.

"The Ministry of Health staff immediately recognised that placing the three minors in the same suite was inappropriate and made arrangements for the three people to be reassigned to separate rooms.

"The three minors were relocated to their separate rooms on the afternoon of the same day they arrived."

The Ministry of Health said their staff, as well as the registered nurse, were now keeping in contact with the minors on a daily basis, to ensure their needs were being met. Contact was also being made with parents to ensure transparency.