New Zealanders in their 20s are the age group with the biggest numbers of Covid-19 and are "the vector for transmission", Prime Minister Jacinda Ardern says.

Ardern has thanked NZ for its efforts, but says it's still too early to say if the level four lockdown was successfully slowing transmission.

Watch her latest update on the response to Covid-19 here:

Ardern said if the virus was in the community - present but not yet seen - "then the worst thing we could do is be relaxed or too complacent and allow a silent spread".

She said if the country was not at alert level four, the Marist and Matamata clusters could have ended up much worse.

"By and large given what we have done in a short space of time I think the majority of New Zealanders are doing an amazing job, we just need to keep reminding that small proportion who perhaps aren't taking it seriously why it is so important.

"This period of time is our chance to break the chain of transmission. The quicker we do that the sooner we can return to some semblance of normal life ... it is about you and your family."

She said the most affected age range in this country was currently those aged 20-29.

"They are our vector for transmission, so I need everyone to take this seriously. They are the ones that pass it on."

She said the country did not have a full picture of the extent of community transmission,

"That's why we've been so focused on testing capacity, which over a period of time we've seen a 91 percent increase in."

Ardern said testing stations had been set up in every community and it should be made easy as possible for people to get tested, but that testing did fall off over the weekend.

"We've talked to the Director-General (of Health) about what we can do to get consistency because that is two days out of seven when we really can't afford to have testing fall away.

"We have the capacity, we have the swabs ... no matter where you are you should be able to access a test." 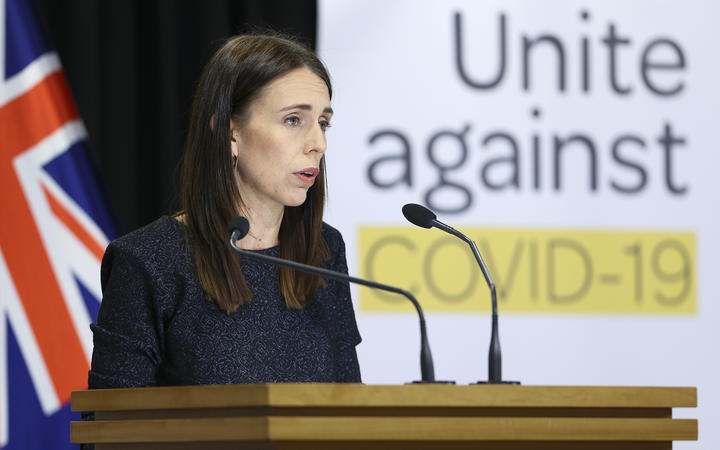 The prime minister also said industry leaders had been asked to find infrastructure projects that were ready to start as soon as industry gears up again.

"Work is also under way to speed up consents for the development of infrastructure projects during the recovery from Covid-19 to provide jobs and stimulate our economy."

Advance payments would be made to some employers to hire staff so that work could begin as soon as possible, she said.

She said about 990 emails had been received on the first day of the food Pricewatch service and the most common complaint was the high prices of cauliflower, bread, meat, facemasks and garlic.

"We are taking these complaints seriously. We are investigating complaints that are being made."

The process for dealing with complaints was being worked through and would allow supermarkets a chance to be involved.

The prime minister also provided a few updates on support package for Māori communities and the one for NGOs and community groups.

"The funding allocated to Whānau Ora commissioning agencies has been fully paid out which has helped the agencies to coordinate 100,000 care packages, with over 11,000 delivered to date and aiming for 130,000 by the end of the week.

"The investment has also helped to facilitate priority access for testing to vulnerable whānau such as kaumātua."

Her update follows the latest health update, in which another 61 cases brought New Zealand's total Covid-19 infections to 708.

Director of Public Health Dr Caroline McElnay spoke at the earlier briefing about moves to step up the testing regime in New Zealand, with broader testing criteria and two new testing centres set up by the end of next week, bringing the total to 10.

This was hoped to lift testing capacity to 5000 a day, up from 3700 currently. An average of 1843 tests were being carried out but it was hoped this would also increase.

"About 4000-5000 New Zealanders are deaf and rely on New Zealand sign language as their first language, it is one of New Zealand's three official languages. Remember their singular focus is to make sure as many New Zealanders as possible know what is going on not just here in Parliament but around New Zealand.