The government plans to release a list of infrastructure projects to begin as soon as the lockdown is over, to lessen the economic blow of Covid-19.

The Covid-19 pandemic could see unemployment rise to as high as 30 percent, according to some economists.

Industry leaders are being asked to find projects that will be ready to start as soon as the construction industry gears up again.

Prime Minister Jacinda Ardern said the aim was to safeguard jobs and projects as much as possible.

She said advance payments would be made to transport construction contractors so they could retain their workforce and make sure they were ready to build those projects.

"Work is also under way to speed up consents for the development of infrastructure projects during the recovery from Covid-19 to provide jobs and stimulate our economy," she said.

Construction of new roads, and improvements to the safety of existing roads, ground to a halt after the nation went into lockdown a week ago.

Only essential businesses continue to operate, and the New Zealand Transport Agency was quick to point out work on State Highways was not essential.

Critical highway maintenance and any emergency work is still happening, but the likes of Transmission Gully north of Wellington - which was due to open by December - has been put on hold.

Infrastructure Minister Shane Jones said it was important that those projects get back under way as soon as possible because of the wider impact on the nation.

"You've got 300,000 Kiwis approaching a level of joblessness that no one of my generation ever saw - and I was a child of Rogernomics.

"We have got to be prepared to follow basically the old saying of Machiavelli ... which is never squander a good crisis to address issues that ordinarily you wouldn't do.

"As I've said in the past, needs must where the devil drives."

Mark Binns is the chair of the infrastructure industry reference group leading the project, and said creating jobs was one of the key focuses of the group. 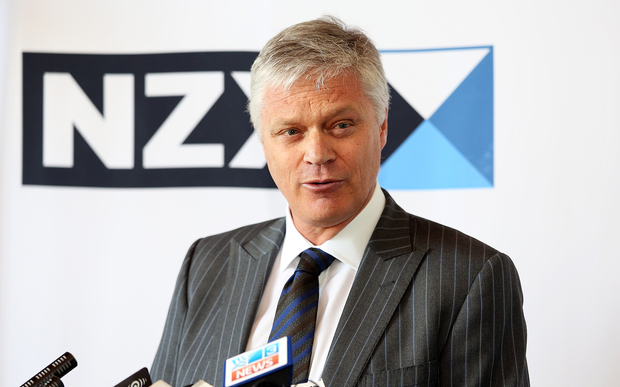 Binns said it was important the group only recommended projects that would be able to get off the ground.

"We don't want to create jobs where we're gonna come straight back into industry constraints, so we want to make sure that the regions that we're doing them in have the capacity to do the jobs," he said.

"We want to make sure that it's supporting key trades in the construction industry because we don't want to see the industry fall into a hole like it did in the early 1990s.

"And we want to make sure that there's real public benefit to doing these projects."

Construction businesses endorsed the move, with Fulton Hogan managing director Cos Bruyn saying the announcement gave him confidence - but it was still a case of wait and see.

He expected staff numbers by the end of the year to return to 80 percent of what they were before the pandemic.

Despite the promises to launch a number of major construction projects, Jones admitted there had been barriers in the past. He wanted them removed.

"In my time as a minister, I've been hobbled by the fact that the RMA and other resource management processes have turned into a type of bureaucratic back passage.

"So the RMA will need to be daylighted in my view, because at the moment we're stuck with a lot of our projects where the sun doesn't shine."

Environment Minister David Parker said in a statement that work was under way to fast-track the consenting process.

Parker had asked officials to look at fast-tracing resource consenting processes for certain projects during the recovery phase from Covid-19.

He planned to announce details on the speedier process in the coming weeks, and Cabinet will likely decide on the move before the lockdown ends.