A handful of New Zealanders who were stuck in Peru have managed to get out of the country, but they are pleading with the government for more help to get the dozens of others left behind. 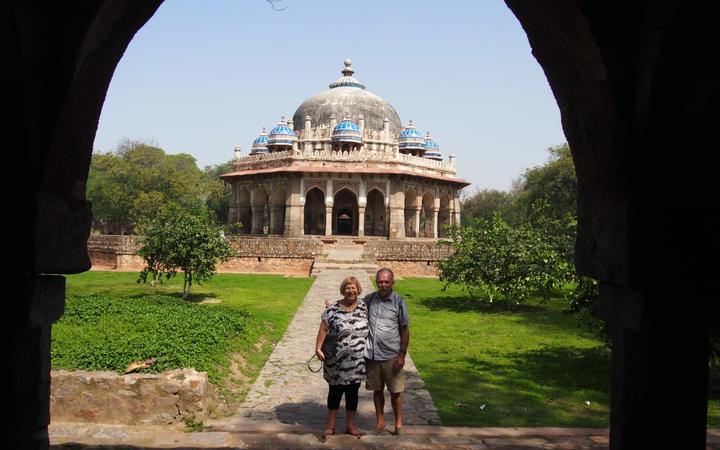 The Ministry of Foreign Affairs and Trade (MFAT) said earlier this week that it was in contact with more than 24,000 New Zealanders overseas seeking advice or assistance, as Covid-19 causes travel disruptions around the world.

For Wanaka woman Kim Nicol, it's been a tense few weeks.

Her son Caleb, 23, was among the dozens of New Zealanders desperately trying to find a way out of Peru, after the country closed its borders and went into lockdown - with little warning.

"It's been horrendous, it's not a couple of weeks, it's nearly a month. Every door was closed, we've had travel agents working on it, we've been just trying every avenue and it's horrible."

But in the early hours, Nicol said her son got a call from another traveller telling him to get to the airport in Lima as soon as possible, because there were spare seats on a British repatriation flight.

"They've been sleeping in their clothes so they just grabbed their bags, managed somehow to get to the airport, and got one of the seats.

Nicol said her son is now booked on a flight from London to Auckland on Qatar Airways.

While she's breathing a sigh of relief, she's worried about the other New Zealanders still in Peru.

"Everyone needs to work together - if there are spare seats on a plane, get them out of those places that are volatile," Nicol said.

Bridget Prior and her husband Tom Giles were able to leave the country on an Australian commercial charter flight that other New Zealanders were bumped from.

That's because they live in Sydney - but there were times they didn't think they would make it, and they were nearly left in Santiago.

"The LATAM ground staff that were operating the charter flight had no idea about what the Australian entry requirements were and tried to deny boarding to people with a New Zealand passport that were residents [in Australia] and we had to fight pretty hard.

"They were just like, 'where is your Australian passport?' and they just had no idea, and we were very close to not being able to board and being stranded in Chile instead."

Prior said they're now in quarantine in a central Sydney hotel for two weeks.

She said the New Zealand government needed to step in to help those still stranded in Peru.

"Other countries have moved their citizens from regional areas on buses with permits to Lima and then flown them out."

MFAT said several New Zealanders were able to board the British repatriation flight.

It said the embassy in Santiago was in regular contact with New Zealanders who remained in Peru and it was providing updated advice through SafeTravel messages.

The ministry said it was continuing to investigate options, including with our international partners, to help New Zealanders return home from Peru.

Meanwhile, Morag Lavich's parents - Marian and Don Stuart - are holed up in a hotel in New Delhi.

They were in India on a group tour, which was cut short as more stringent restrictions were imposed there.

Ms Lavich said her parents booked a flight out, but it was cancelled at the last minute, and they haven't been able to get another one.

"We're doing everything we can, we're trying to look into commercial flights," she said.

Lavich said there's another New Zealand couple in the same hotel as her parents who are facing the exact same situation.

She said if they could not get a commercial flight home, the government needed to do what others around the world have done and help its citizens get home.