The case of a teenager dying in state care from alleged suicide warrants an investigation by his office, says the Children's Commissioner, Judge Andrew Becroft. 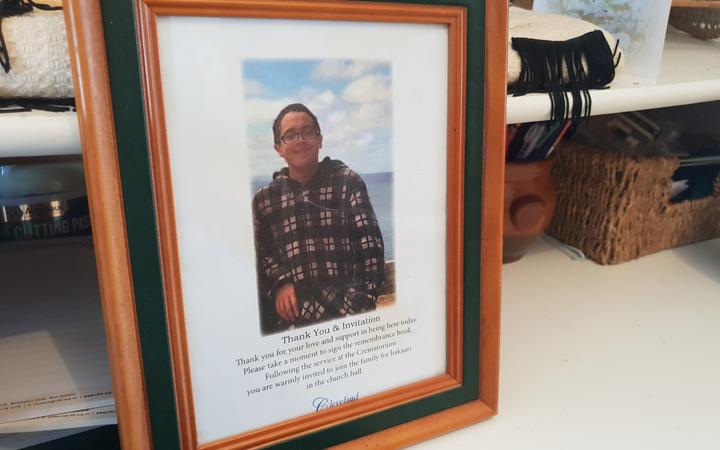 A framed photo of Sonny Marks sits next to his ashes at Ana Ransfield's home Photo: RNZ / Leigh Marama Mclachlan

Becroft said however that he will wait until the outcome of the coronial inquest before making a call.

Sonny Marks died in 2018 and his mother Ana Ransfield claims he was at a house he should not have been, and the caregiver was unaware of his mental health issues and his risk of suicide.

Ransfield has spoken out about a raft of failures by Oranga Tamariki, including not alerting her when Sonny was admitted to hospital and waiting hours after he died the next day to notify her.

Oranga Tamariki would not respond to RNZ's requests for information because the coronial inquest is underway.

"Ordinarily, parents remain as guardians and I would always expect that they would be informed of any serious matter that affected their child," he said.

"I think matters of life and death should be accorded absolute and extreme urgency and any human being or parent would expect that, and if there is doubt within Oranga Tamariki then that needs to be addressed and cleared up straight away."

The Children's Commissioner has its own ability to launch investigations, and while Judge Becroft said this case would warrant his attention, he said he wants to wait for the outcome of the coronial inquest.

"It may well be that the coroner has all the information and all the recommendations that are necessary, I would need to look at them.

"Let's wait to see what the current process delivers before any final decision."