The Chief High Court judge Justice Geoffrey Venning is stepping down from the top role to return to being a full time judge.

Appointed in 2015, Justice Venning maintained the list managing Christchurch earthquake litigation and established a panel to deal with commercial cases.

Chief Justice Helen Winkelmann said Justice Venning's leadership and administrative abilities had defined his five years of service, during which he decided some of the country's most important and challenging cases. 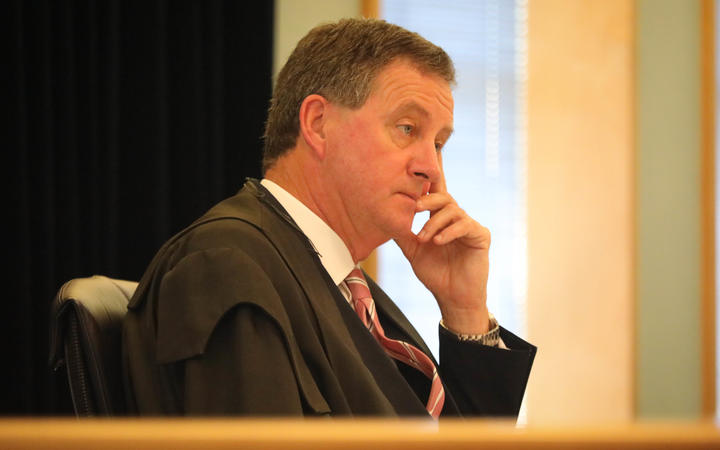 She said he had decided to step away from the Chief High Court judge role to refocus his energies on judging after carrying the additional and heavy administrative and leadership responsibilities for half a decade.

"Justice Venning's effective leadership of the High Court, and his obvious intellectual strengths as a judge, have earned him the respect and confidence of the High Court Bench and of the profession.

"I am pleased that the judge will be able to continue to serve his community through his on-going work as a High Court judge," Justice Winkelmann said.

Justice Venning is succeeded by Justice Susan Thomas who has served as a judge for 15 years in Auckland and Wellington, where she now sits.

She started the Special Circumstances Court, engaging with the community to focus on the most challenged and marginalised offenders, while working as a District Court judge in 2012.

Justice Winkelmann said Justice Thomas would bring a broad knowledge of the court system and the wide social context in which it operates to the role.

Justice Thomas graduated with a BA and LLB (Hons) from Auckland University in 1982, Senior Scholar and recipient of the Auckland District Law Society prize for best undergraduate record.

She practised as a solicitor with the Auckland firm of Holmden Horrocks before relocating to London the following year.

Justice Thomas was admitted as a solicitor in England and Wales and spent almost ten years initially as a commercial lawyer in private practice and as an in-house counsel and then as a partner in a London legal firm.

Today, the Chief Justice also welcomed the appointment of Auckland barrister and solicitor, Dani Lee Gardiner, as an Associate Judge of the High Court.

Associate Judge Gardiner will sit in Auckland, where she has been General Counsel for the Auckland Council heading its in-house legal, risk and insurance department since 2018.

Justice Winkelmann said Associate Judge Gardiner would be able to call upon the depth of experience she has gained through her time in private legal practice, through her directorships and through her involvement with local government.