At 11.59pm on Wednesday, New Zealand will go into full lockdown as we move into Covid-19 alert level 4. 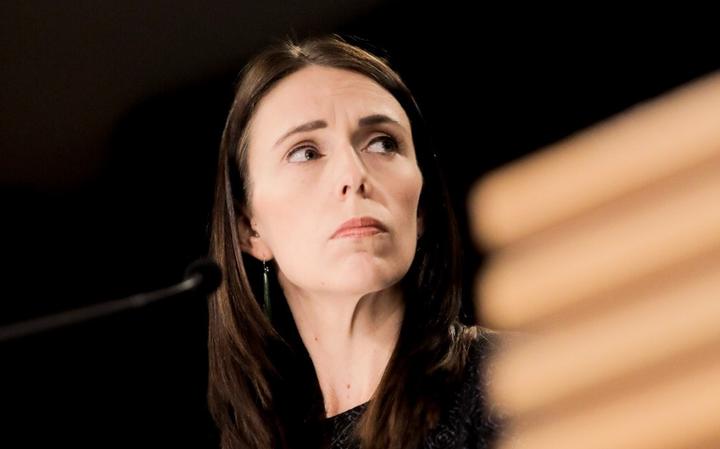 Prime Minister Jacinda Ardern as she announced the country would go into lockdown. Photo: Dom Thomas

In the biggest development of the day, Prime Minister Jacinda Ardern announced the alert level had risen to three and would hit four in just over two days' time.

That period would give time to ensure essential services were in place before the country goes into lockdown for four weeks.

Ardern said the lockdown could be extended for longer if the spread of the coronavirus is not brought under control, saying the move will "literally save lives, thousands of lives".

The Ministry of Health (MOH) also announced 36 new cases of Covid-19 in New Zealand, bringing the total to 102.

More than half were directly related to overseas travel, Director-General of Health Dr Ashley Bloomfield said.

"So these are people who have returned to New Zealand recently and have become symptomatic, been tested and confirmed as cases of Covid-19. Most of the remaining cases are close contacts of a previously confirmed case or are associated with an event where there were confirmed cases already, for example, the Hereford Cattle conference in Queenstown."

There were still two cases - in the Wairarapa and Auckland - that could not be linked to overseas travel and were being treated as community transmission.

The MOH's new team to contact trace could do 50 new cases a day and Dr Bloomfield said that was in addition to the existing team.

All of Government Controller John Ombler addressed a media conference, along with other key personnel involved in the response.

He said the team he led had been in action for about two weeks and the National Crisis Management Centre had been activated on 12 March.

"We have multiple streams of work underway in policy, operations, communications and in the legislation space. We are a very large group of public servants working on our Covid-19 response."

Civil Defence Emergency Management (CDEM) director Sarah Stuart-Black said under alert level four, powers under the Civil Defence Act would be enacted, and the country would be in a state of emergency.

Stuart-Black said powers under a national state of emergency would "enable us to be able to close or restrict access to roads or public places, remove or secure dangerous structures or materials, provide rescue, first aid, food, shelter, conserve essential supplies, regulate traffic, dispose of fatalities in terms of people that have passed away or animals, enter into premises to rescue people or save lives, evacuate premises or places, remove vehicles and vessels, requisition equipment and materials and assistance".

Police commissioner Mike Bush said said more officers would be on the streets "almost immediately", but he hoped it wouldn't get to the point where restrictions had to be enforced and officers' first role was to educate people about what to do.

He said the defence force had already been working with police.

The NZDF provided expertise on logistics, intelligence and operations.

"Hopefully we will never need the defence force but you always want to be prepared so they are quite willing, at our direction, to work alongside us while we are out in the communities."

He said self-employed people and businesses that are less than a year old will also now be eligible for help.

He also announced Cabinet would remove the $150k wage cap for all businesses.

No rent increases and support for mortgage holders would also be put in place.

Landlords will not be able to terminate tenancies without a reason.

More details would be unveiled in the coming days, Robertson said.

More iwi are planning to close their tribal borders in the fight against Covid-19, despite warnings from police doing so is illegal.

The government's funding package to for curbing the Covid-19 coronavirus' effects on Māori is just the beginning, Whānau Ora Minister Peeni Henare says.

Yesterday, the government announced $56 million would be used to help Māori communities and businesses respond to the pandemic, a move that was well received by iwi and other Māori leaders.

Henare said it was just the start.

"We will continue to keep an eye on what is happening for our Māori communities and make sure that any response from here on out is appropriate.

"I suspect, which is why we have been clear in our communication, this is the initial response. I have no doubt that as the weeks and months unfold through these difficult times there will be a requirement for more support."

The number of cases of the coronavirus around the world has risen to 335,000.

Germany has expanded curbs on social interactions to try to contain the coronavirus outbreak, banning public gatherings of more than two people.

Australia has announced a major crackdown on gatherings which will see the closure of indoor venues, including pubs, clubs, sporting and religious venues from midday tomorrow in response to the coronavirus pandemic.

Tonga's borders have been completely shut down, with no more inbound flights allowed to enter the country.

President Donald Trump says the US will make a decision at the end of a 15-day period on "which way we want to go", to curb the spread of the coronavirus.

Trump issued new guidelines on 16 March, aimed at slowing the spread of the disease over 15 days.

Since then, Trump's administration has been pushing for aggressive steps to stem the economic hit of the epidemic, after the president spent several weeks playing down the risks.

Pope Francis said on Sunday he will this week deliver an extraordinary "Urbi et Orbi" (to the city and the world) blessing - normally given only at Christmas and Easter - and called for worldwide prayer to respond to the coronavirus crisis.

To recap how the day's news about Covid-19 played out, look back over our live blog to get a full picture.

There is also extensive Covid-19 coverage across all sections of the RNZ website and specifically here.