Noise complaints about the police Eagle helicopter in Christchurch have skyrocketed. 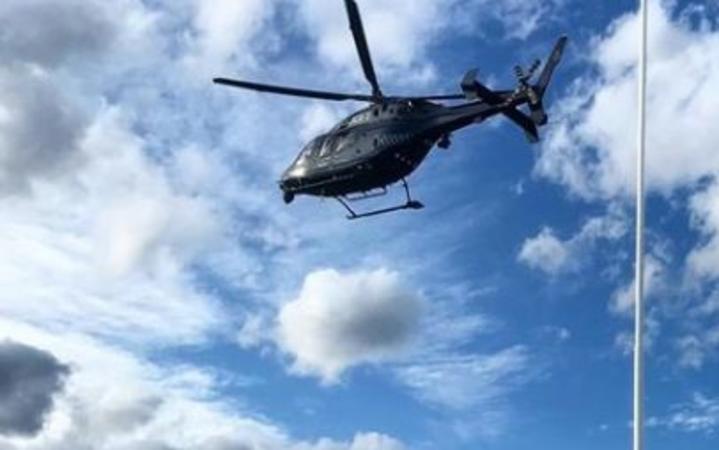 By Wednesday the number of complaints had almost doubled from 39 last week, as the five-week trial of the helicopter in the city comes to an end today.

Some thought this would be a bad idea, including Shane Hollis, his partner and their three school aged children who had been woken by it late at night.

"Our experience of it is that our kids are very aware of it and it reminds them of shootings and earthquakes and their friends are also quite upset by it."

Hollis said he laid a complaint with the Police Complaints Authority but was told the helicopter was being used appropriately.

He had been following its movements on an aircraft tracking website, and begged to differ.

Police had promised it would fly at an altitude of 1500m as much as possible to reduce the noise, he said, and it had instead flown much lower on a regular basis - often even below the CAA recommendation of 300m in residential areas.

"I would like to have some assurance, actually, that they're working on a specific job, not just loitering around.

"The tracks of their flights show that they're just part of a wider flight. It's not a specific 'go somewhere and do something' in flight. They're just hovering around and watching stuff."

Jenny Crooks said when the pilot first started she was hearing the helicopter five to six times a day.

The sound penetrated inside her double glazed home and set off her two great danes who would bark and upset the neighbours, she said.

"It does get rather aggravating, and sometimes at night you would hear it as well, quite late at night, and it just became a bit intrusive and annoying."

Crooks worries the Eagle is being overused, and used in situations where officers on the ground might be more effective and cause less disruption.

She said she had no problem with it being used for genuine emergencies, "but as far as the sound goes and getting adjusted to it, it is the equivalent of having a patrol car going with its sirens up and down past your house five or six times a day".

"It doesn't make you feel secure, it makes you think that something is going on - either that or that you're in a bad neighbourhood - so I don't think people will adjust to that."

Price, the district commander, said the Eagle responded to 305 requests for help and assisted with 210 arrests in the first four weeks of the pilot.

He insisted it had only been used when necessary and had not been deployed more than it normally would have been to bolster the case for it staying in the city permanently.

"There will be a small minority of it where it will be directly life threatening, but you just do not know. Any job that police could go to could end up being a job where someone's life is at risk. We're also there to protect property. So a lot of those jobs are also about preventing people from breaking into people's homes, breaking into people's vehicles."

Wherever possible it was staying above 1500m to reduce noise, but sometimes this could not be avoided, he said.

"How many noise complaints have been made for barking dogs in that same time? I get that noise is an element that a lot of people are concerned with. That's all part of the review and the assessment process that we will go through to determine if this air support unit is good for the people of Canterbury."

Police national headquarters will next review public feedback and look at its effectiveness as a crime fighting tool, before deciding if Christchurch should get its own Eagle helicopter.