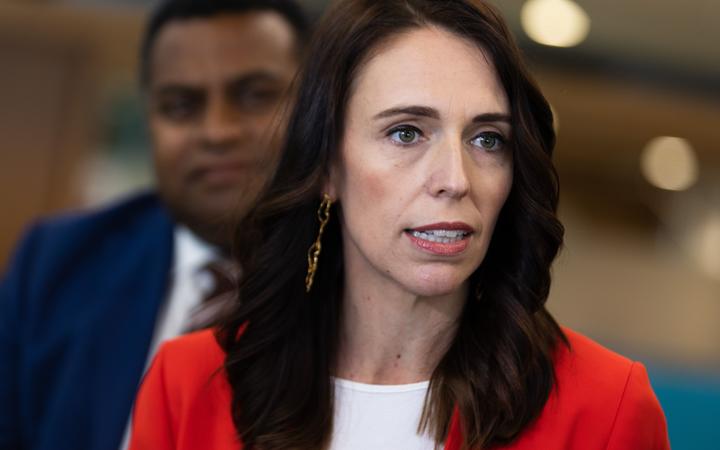 "Within the next 24 hours I expect I will be getting updated advice. We have been moving on a continual basis, to make sure that we are maintaining those tough restrictions that is protecting the health of New Zealanders," Ardern said on a trip to Kaitaia today.

"I expect that we will see further border restrictions in New Zealand because that is what we've been doing to date. We keep moving to try and make sure that we're keeping that number one priority - New Zealanders - safe."

Ardern wouldn't be drawn on where those further restrictions might be.

"I'm not going to pre-determine what it will be, but so far you will have seen that just as we did yesterday [when] we moved on further restrictions, I expect we'll be doing the same tomorrow," Ardern said.

She says other countries' border restrictions, including the United States' decision to close the country to those coming from continental Europe, are one factor in its decision-making.

She said the government has been trying to plan one step ahead to protect public health as the outbreak worsens, and further closures may be needed.

"We need to factor all of that in, in the continual advice that we're been getting and the movement we've been making on our border restrictions. We've been very tough thus far, we'll continue to keep moving."

But Tourism Industry Aotearoa chief executive Chris Roberts has called on on government to lift the travel ban on China immediately.

"We're calling for the government to now lift the travel ban on China and just change it to a ban on Hubei province," Roberts told Checkpoint.

Roberts said the US decision to suspend travel from Europe was another blow.

"We're getting these blows happening almost on an hourly basis it feels at the moment," he said.

"It just adds to an ever-changing picture, and it certainly will further dampen global travel, and New Zealand will feel some of the fallout from that."

"We were expecting international visitors to spend $18b in New Zealand this year.

"Looking at some... mid-range scenarios, not the worst-case, looking at what we've actually already seen spent... If we're still grappling with this issue as we go through the year, we could quite easily see a $7 billion hit."

The government so far has announced a tourism aid package of $11 million.

Roberts said it will be a significant blow to the whole economy if that was the outcome. The estimation is based on keeping at least half of the expected visitors, he said.

However, a government spokesperson said the government is not currently planning to change the China travel ban.

They said travel restrictions are constantly being reviewed based on the evolving global situation.

"The health of New Zealanders is our number one priority, and travel restrictions coupled with self-isolation have been critical in slowing the spread of the virus in New Zealand to only five cases to date.

"There is no current plan to remove what have been effective measures on travel from China", the spokesperson said.