A family on Auckland's North Shore thinks they may be eligible for a Guinness World Record after an 11-foot flower bloomed in their backyard. 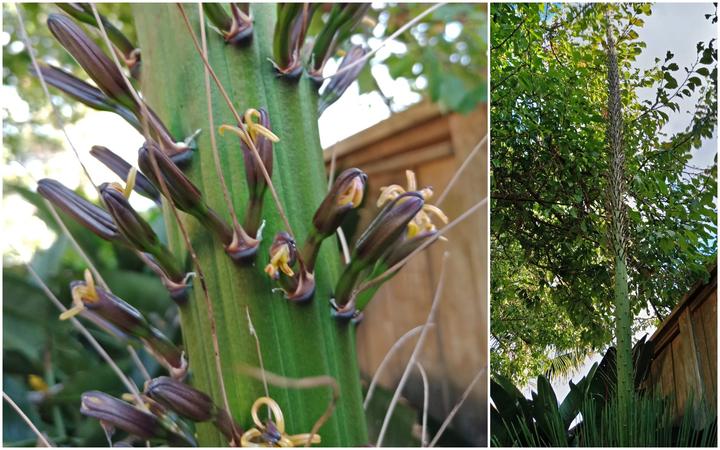 The mysterious plant sat in the garden for years but has only recently started thriving amid Auckland's drought-like conditions.

Annmaree Foy-Turner said the plant came with the house when they bought it about six years ago. 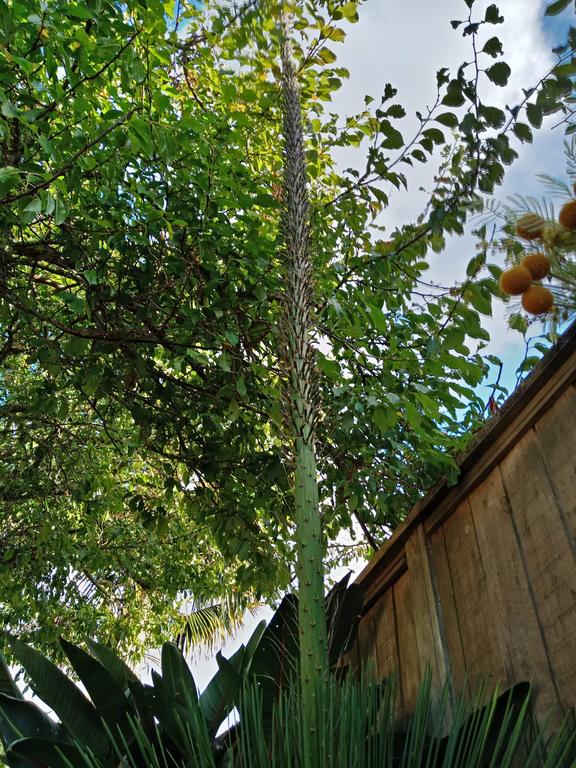 "We're both green fingers and we love our gardening - myself and my husband - and I thought 'oh yea just another desert-looking plant ... I'll keep that there'. Over the years we just watered it now and then," she said.

"Lately, with this humid hot weather ... the bad drought we've had in New Zealand, all of a sudden out of nowhere four weeks ago this flower started producing," she said, thinking it was strange.

"It started off with a metre, over the last four weeks, every day we go out there and measure it and it seems to grow a couple of more inches and I don't think it will stop growing. It is nearly as tall as the neighbour's roof."

"It's a tall, sturdy stem. There's these little flowers that go around the stem all the way up the plant and they look like little tulips, the don't have any smell to them. The leaves have got a real sharp prick to the tip of their little needle ... like little needle leaves."

She said she wasn't sure if she wanted to enter the plant into the Guinness World Records because they usually took about 12 weeks to reply, and she feared the plant would start dying by then.

"My family and I were really shocked ... to see how fast it has grown in such a short time. I'm not sure what's going to happen to the plant once it starts to die off. I'm still learning about it every day ... first time I've seen it now."