A rare stinky flower that is blooming at the Wintergarden in the Auckland Domain has drawn a crowd. 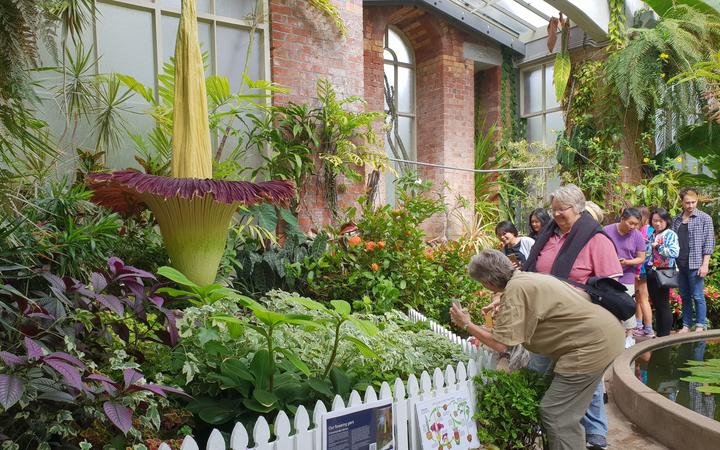 The Amorphophallus titanum, more commonly known as the corpse flower, began to bloom yesterday and will start to close and collapse by tonight.

The giant flower stands about 2.5 metres tall. The petals are dark purple from the inside, and for those who walk closer, there are waves of an unpleasant smell.

Nick Lloyd, a tropical plant specialist at the garden, said it's an endangered plant that originated in Indonesia.

"It's not something you'd see in many gardens mainly because of its size.

"It's becoming a botanic garden staple - gardens that have Amorphophallus titanums show them off very proudly when they are blooming, especially because it flowers irregularly. It's not a common plant and it's such a short flower," he said.

Lloyd said despite the hyped corpse smell, people didn't need a vomit bag to come and see it.

"It's got elements of rotting meat, but also elements of sewage and sort of sulphurous gases as well. It's not horribly offensive but it's different," he said.

"I think it's stunning, amazing, unique," she said.

Lawrence Taylor said he was very keen to see the flower. He said it was beautiful and it smelt like "some meat that has started to go off".

"It will collapse, but I have had the opportunity to see it. It's very good," he said. 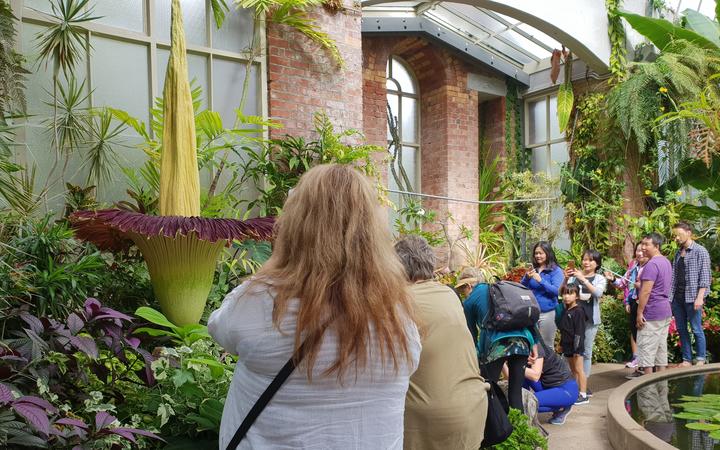 "We have freezers of dead animals that we keep for dissection, and when the caretaker turns it off over the holidays, and when you come back and you've got to clean it out - it's that sort of smell," she said. 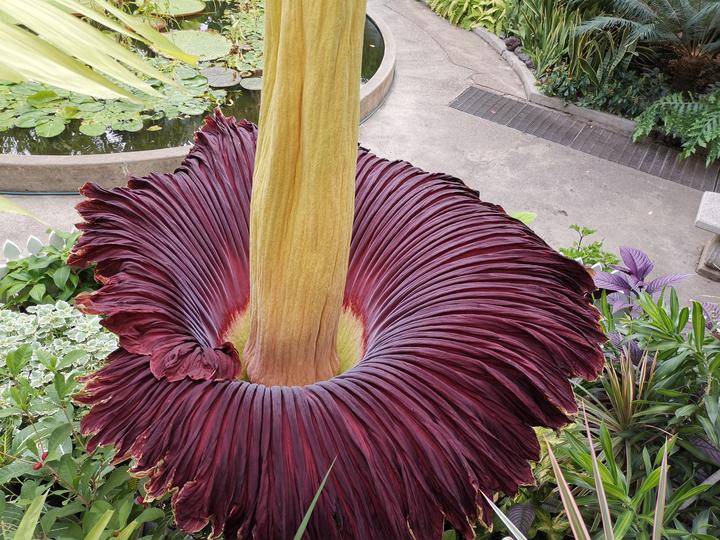 A close up of the corpse flower in full blossom. Photo: Supplied / Nick Lloyd

Lloyd, the garden's specialist, said the staff members are trying to look after the plant as best they can.

A similar plant is also expected to bloom any time at the Christchurch Botanic Gardens. 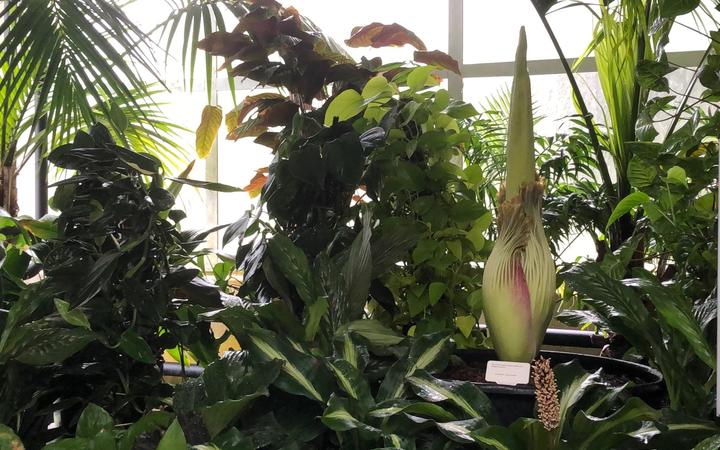 The plant that is poised to bloom at the Christchurch Botanic Gardens. Photo: RNZ / Maree Mahony