It's an unusual thing to wait for, but wait Auckland has. Now a giant flower that smells like rotting flesh is finally starting to bloom in the city's Domain. 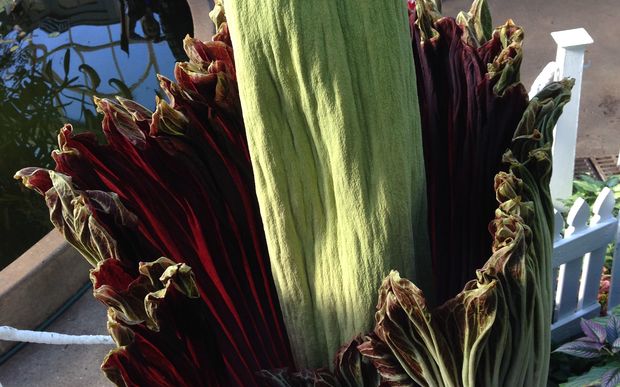 The corpse flower at the Auckland Domain blooming in June 2015 Photo: Supplied

Known as the corpse flower, the titan arum started to bloom this afternoon, but is still not fully open.

The flower, which dwarfs other blossoms in the Domain's Wintergarden, was expected to open last week but held out until today.

Nonetheless it was still early; it typically flowers only every 1000 days, but after last blooming in late 2013 it surprised Wintergarden staff by producing a flower rather than a leaf at the beginning of the month.

The scent from the flower is intended to attract pollinators.