One of the world's rarest and smelliest flowers may be about to bloom for the first time in Dunedin. 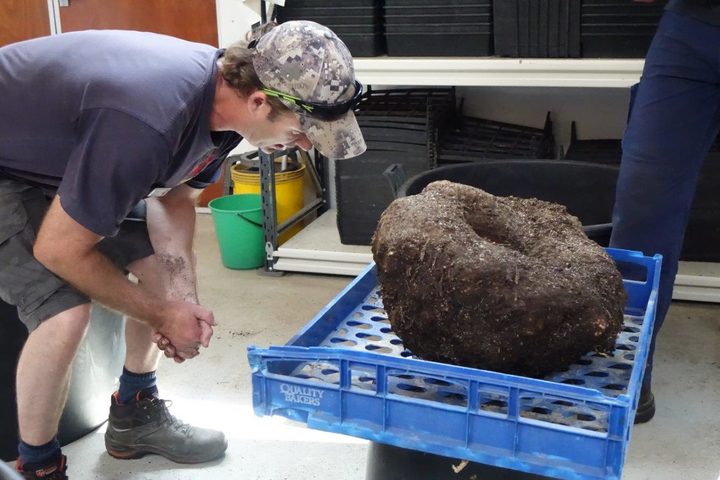 Botanic Gardens staff have become increasingly confident the plant will flower in January after weighing it this afternoon.

The Titan arum blooms just once every seven to ten years, flowering for just two to three days.

The tuber is known as the corpse flower because it produces the stench of rotting flesh.

The specimen at the Dunedin Botanic Gardens has not flowered since being donated by a plant collector in 2008. 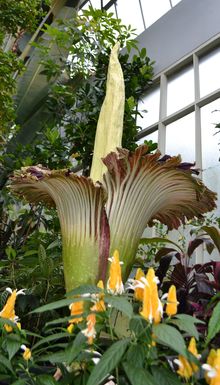 It weighed in this afternoon at 32 kilograms, well above the threshold for flowering of 20kg.

"It has basically doubled its weight in the past two years, and we think it's at flowering size," Dunedin winter garden curater Stephen Bishop said.

Should the Dunedin plant bloom this summer, it would be only the second plant to flower in New Zealand, said Mr Bishop.

The flower would be about 2.5 metres tall and would be unusual and spectacular, he said.

"Our claim to fame is going to be that this one is the most southerly flowering one in the world."