Prime Minister Jacinda Ardern says there is no evidence of sustained community transmission of coronavirus in New Zealand, as public health specialist says containment measures should be ramped up. 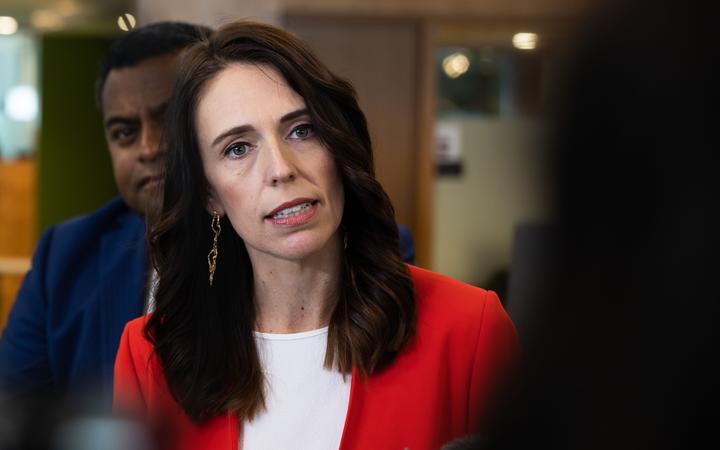 Professor Michael Baker from the Department of Public Health at the University of Otago, Wellington, is warning that the disruption caused by the Covid-19 virus could continue for up to two years, but New Zealand still has time to contain the virus.

In Northern Italy at least 16 million people are in mandatory quarantine. Anyone living in Lombardy and 14 other central and northern provinces now need special permission to travel. Milan and Venice are both affected by the coronavirus outbreak.

Prime Minister Giuseppe Conte also announced the closure of schools, gyms, museums, nightclubs and other venues across the whole country.

Prof Baker told Morning Report the world had lost the fight to contain the virus.

He said figures over the weekend suggest a major tipping point for Covid-19 at the global level, but says New Zealand still has time to seriously ramp up efforts to contain the virus.

"We did pass these remarkable milestones on the weekend of more than 100,000 confirmed cases and more than 100 states and territories affected."

He said if containment doesn't work in New Zealand, we could face more 40 percent of the country getting infected with the virus.

"I think New Zealand, Australia, China and Singapore are showing that containment can work. I think the other remarkable milestone on the weekend was less than 100 cases in China for the first time in many weeks."

Prof Baker said there were a lot of papers coming out of China showing how the virus was contained.

"Remember, this is not influenza, this is a different virus and I think now is the time for maximum containment effort in New Zealand.

"The game changer is that this virus can be contained and that means putting a huge amount of effort in and New Zealand has the opportunity, given that we've contained it so far, we can actually plan very pro-actively and very vigorously to do that."

He said silent transmission, where people get the virus but aren't diagnosed, is a potential problem in New Zealand and shows the need for rapid testing and contact tracing of everyone suspected of having the virus.

Professor Baker said older and more vulnerable people did not need to change anything right now, but should plan for widespread community transmission by taking precautions.

"If we get widespread transmission, it will swamp health services everywhere - as we're seeing overseas - and that's why the containment process is so important."

Professor Baker said the virus was likely to drag on for years as multiple epidemics overlap in different parts of the world.

"Parts of the world will come out of it sooner than others, particularly those that can get really organised. What we're going to soon see is a remarkable reversal - soon China will be putting restrictions on who can travel there, because they will have contained the virus."

He said the issue should not be politicised and there should be a Parliamentary group involving all parties to drive a consensus on how the country should respond.

Prime Minister Jacinda Ardern told Morning Report she was open to any suggestions that the National Party might have to curb the spread of the virus.

"This is a global issue, and a New Zealand issue first and foremost, not a political one."

Ardern said there were no new cases as of Monday morning.

New Zealanders travelling abroad are being urged to register with SafeTravel.

For the five cases confirmed, she said health professionals were already following up with contacts.

"Contact tracing is a critical part of containment," she said.

She said those who believed they were symptomatic should call ahead of visiting a GP to "reduce contact with health professionals".

Ardern said, at the point of a community outbreak, there would be notices issued to reduce large public gatherings.

"New Zealand is not at that point, but it always part of the planning to make sure you're ready to call that when it does," she said, adding "we are in containment".

Ardern said there was a system being developed to work with patients without them having to personally visit GPs, like "a Portacom in a carpark for instance".

"I want to make sure we have reach across the country."

She stressed good hygiene was one way to help the situation.

As for travellers from Italy and South Korea, she said the message to residents and citizens returning was clear: "Come to New Zealand only if you have the ability to successfully self-isolate."

"Our economic recovery relies on us getting the health response right. That's a primary focus. Secondly, we've had a lot of contact with those who are most heavily affected.

"We know there are specific areas that are affected so we are designing targeted responses. We will be talking about some of the definitive decisions we've made.

"Cash flow and keeping people attached to their jobs are the two most important focuses for us."

Drive-through coronavirus testing centres have been set up in the UK and South Korea - and there are calls for something similar to happen here.

Dr Lance O'Sullivan has been developing containerised clinics which he thinks could play a role in helping test for Covid-19.

He told First Up the idea was first floated for people in remote or marginalised areas.

"I came up with this idea around containerised clinics, 40ft shipping containers converted into medical clinics."

He said they are already beginning to build the first one which will be placed in Kaitaia, where there has been a shortage of medical services.

Part of the design was a drive-through window, which Dr O'Sullivan said people laughed at him for at first.

"But now, in a pandemic situation, it's actually perfect. Having people stay in their car and be assessed through a window is absolutely awesome for a situation where you're trying to encourage people to not come into clinics."

Call for public events in NZ to be banned

Thousands of Chinese New Zealanders have asked the government to toughen restrictions aimed at controlling the Covid-19 outbreak.

More than 20 community groups signed a letter to the Prime Minister and the Health Minister.

They want travel bans expanded to include Italy and South Korea, all mass gatherings cancelled, and much stricter quarantines.

Barry Hung, president of the Pakuranga Chinese Association, which started the appeal, said the government was not paying enough attention to the virus.

The groups want all public events and mass gatherings to be stopped and are suggesting self-isolation needs to be broadened from diagnosed patients and their close contacts to anyone who may have had contact with them.

They are also asking for designated outpatient department facilities for all suspected coronavirus-related patients to prevent infection spreading to other patients and paramedics.