The number of people to have died from the coronavirus in Italy has shot up by 133 in a day to 366, officials say. 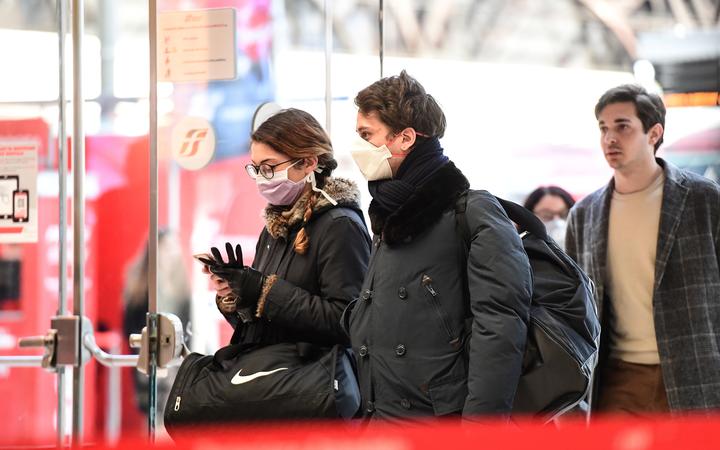 The total number of infections leapt 25 percent to 7375 from 5883, according to the Civil Protection agency.

The jump in figures comes as millions adapt to new measures introduced on Sunday in an attempt to contain the outbreak.

Up to 16 million people in Lombardy and 14 provinces need special permission to travel under new quarantine rules.

Prime Minister Giuseppe Conte also announced the closure of schools, gyms, museums, nightclubs and other venues across the whole country.

The radical measures will last until 3 April.

The latest figures mean Italy now has the highest number of confirmed infections outside of China, where the outbreak originated in December.

Among the latest people to test positive is the army's chief of staff. Salvatore Farina said he felt well and was self-isolating.

The strict new quarantine measures affect a quarter of the Italian population and centre on the rich northern part of the country that powers its economy.

The health system is under immense strain in Lombardy, a northern region of 10 million people, where people are being treated in hospital corridors.

"We want to guarantee the health of our citizens. We understand that these measures will impose sacrifices, sometimes small and sometimes very big," Prime Minister Conte said as he announced the measures in the middle of Saturday night.

What is the situation elsewhere?

Most of the fatalities have been in China. But the country on Sunday reported its lowest number of new infections in a single day since January - an indication that the virus's spread there is slowing.

Iran, one of the worst hotspots outside China, has now confirmed 6,566 infections and 194 deaths.

However, the real figure is feared to be much higher. One report on Sunday, quoting a government envoy, said there had been 200 deaths in the northern Gilan province alone - but the figures were later removed.

- Saudi Arabia has put the governorate of Qatif in the oil-producing Eastern Province into lockdown. The cases confirmed in Qatif - where the Shia minority live - have all been traced back to Iran

- A hotel being used as a coronavirus quarantine facility in the Chinese city of Quanzhou collapsed, killing at least 10 people

- In the US, a cruise ship with 3,533 passengers and crew held off the coast near San Francisco after 21 people tested positive for the disease has been directed to the nearby port of Oakland

- Colombia, Bulgaria, Costa Rica, Malta, the Maldives and Paraguay have all reported their first cases.