A fifth case of the Covid-19 coronavirus has been confirmed in New Zealand as 43 North Shore Hospital staff go into self-isolation. 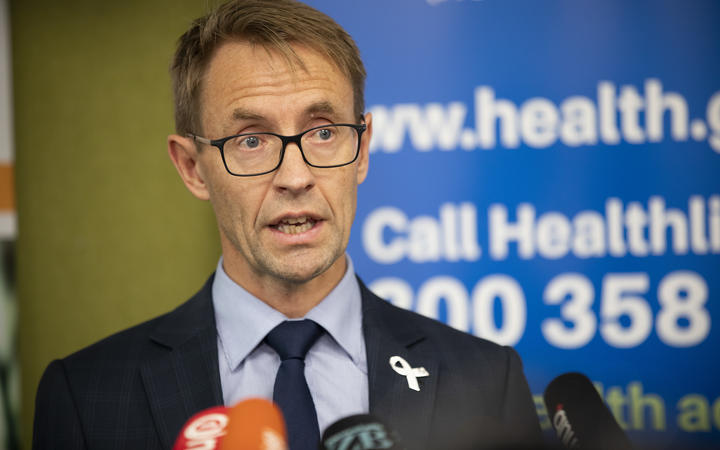 Director-General of Health Dr Ashley Bloomfield said this afternoon that the woman, in her 40s, was the partner of the third case confirmed in New Zealand.

The family are believed to have caught the disease after a family member recently returned from Iran, where there is community spread of the disease.

She was already in self-isolation and did not require hospital-level care.

"This is fitting the pattern of existing spread ... all five cases are following this pattern identified by the WHO [World Health Organisation] in its joint mission to China - that most human to human transmission is happening within families, in that close household setting," Bloomfield said.

Close contacts of the woman were already in self-isolation, he said, and efforts were under way to try and find some of her casual contacts.

Bloomfield said the woman had not been to work for 48 hours before she started experiencing symptoms, so it is not thought to be likely she could have passed it on to workmates. But ministry staff are trying to contact them. He would not say where she worked.

All eight New Zealanders who had been aboard an earlier cruise on the Grand Princess that is now anchored off the coast of San Francisco had now been spoken to.

Five were well and were outside the 14-day period of concern. One woman in her 70s who had been in hospital with a respiratory illness, had recovered and was then released in early March.

She has since been re-admitted to hospital with a different condition and although she had recently tested negative for Covid-19 it was probable she had had coronavirus, Bloomfield said.

As a result, some North Shore Hospital staff are being stood down as a precaution.

More than 80 staff had been involved in her treatment and 43 have been identified as close contacts. They have been stood down for the balance of the 14 days since they had had contact with her. "None are symptomatic," Bloomfield said.

Two other cruise passengers are showing mild symptoms - one had a negative test and another is pending. Both people are in self-isolation.

The woman in her 70s travelled back to New Zealand on Air New Zealand flight NZ7 arriving on 25 February. Anyone sitting close to the woman on the flight will be contacted by public health unit staff to check on their well-being.

Bloomfield said 218 tests have been completed; five have been positive and two probable - the woman now in North Shore Hospital and the grandfather living in the household of the third and fifth cases.

Spark Arena and Ticketmaster have been in contact with everyone who may have been near the person who attended the Tool concert in Auckland before being diagnosed. Bloomfield advised those people to be aware of any symptoms and make sure they did not go to work if they were feeling unwell.

New Zealand's first case of the disease that has now spread to more than 90 countries was confirmed in late February.

According to the World Health Organisation, there have now been 101,800 cases confirmed and 3460 deaths.

He said Taiwan was an excellent example of a country that was managing to restrict the spread of the disease by insisting on self-isolation.

Meanwhile, the Ministry of Foreign Affairs and Trade has upgraded its travel warning for South Korea.

It is now advising against all non-essential travel to South Korea, because of the Covid-19 coronavirus outbreak. 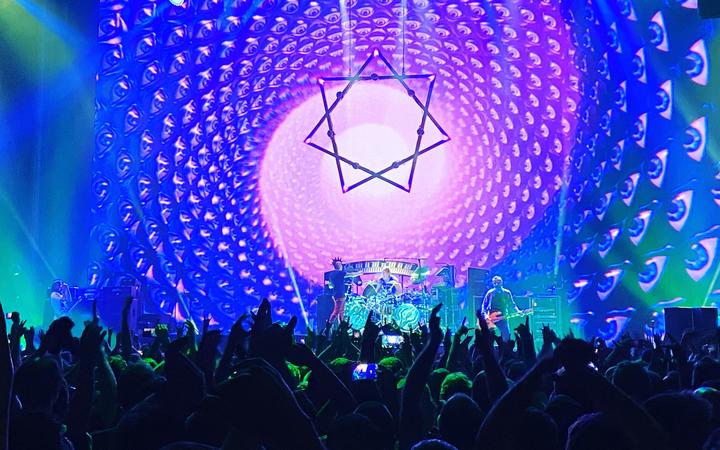 People standing near a man who attended the Tool concert before he was diagnosed with Covid-19 have been traced. Photo: Chris Schulz

Healthline, and a new line set up to give advice about the Covid-19 virus, are experiencing heavy demand, and people are being urged not to use it as an information service.

Bloomfield said the first source for general information should be the Ministry of Health website.

He said the helplines are for those with genuine and specific health concerns.

"People are using that Covid-19 number as a way of getting that information and again just to remind people that the healthline is particularly for people who are unwell, who actually have symptoms, not just of Covid-19 but of other conditions."

More staff are being hired to help the phone lines cope with demand, but Bloomfield said he has confidence in the service.