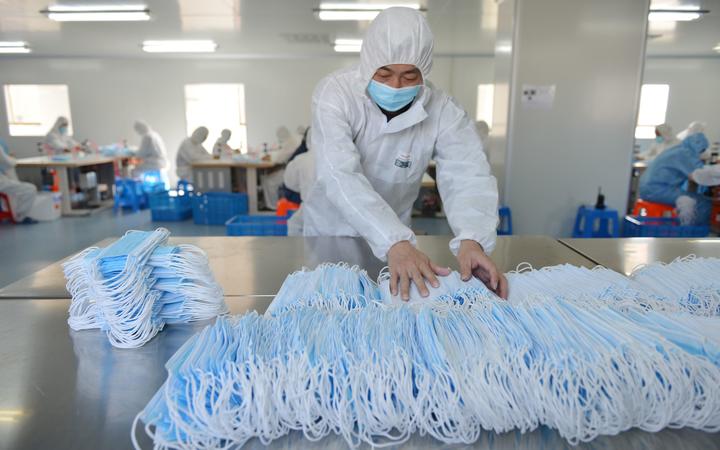 The factories that make them are currently closed in Wuhan because of the virus, but are expected to open next week.

Earlier this week, RNZ reported potential shortages of protective equipment if Wuhan factories did not return to normal next week.

"Some of the hospitals have increased their pandemic reserve which has created some sort of - I hate to say in short - panic buying but that's what it seems to be like," he said.

Bell said they were monitoring ordering numbers and questioning DHBs which were increasing their orders.

He said they had about eight weeks of stock left, which was a tight timeframe for production and shipping.

"It looks like the factories in Wuhan are going to be going back to work between Monday and Wednesday of next week ... and we should start getting stock here in seven to eight weeks ... if there is panic buying we are going to run out of stock," he said.

Bell said there was no reason to panic, and if people did, it would make the situation worse.

He said all DHBs had about two months of reserves on top of normal stock, which could be used when a pandemic was declared.

There were also alternative markets where they could get products. 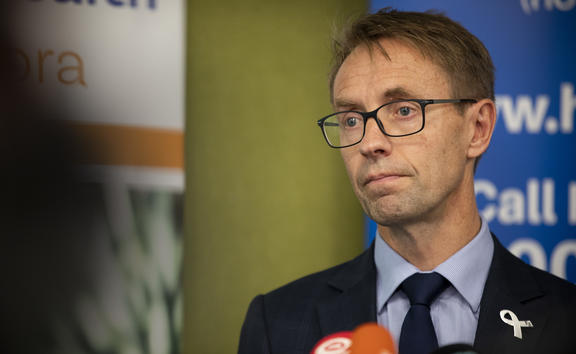 Director-General of Health Ashley Bloomfield said he was not surprised hospitals were taking extra precautions.

Dr Bloomfield said there were 2.5 million masks on back order and 18 million in reserve stocks.

Family doctors had previously raised concerns about a lack of access to protective gear, but Dr Bloomfield said the ministry had rectified that.

"We have gone to great pains to work with DHBs and primary health organisations to ensure that early this week every practice had PPE [Personal Protective Equipment]," he said.

There are currently four confirmed cases of Covid-19 in the country, and one probable case which is being tested.

Dr Bloomfield continued to say the risk of a community outbreak was still low.