Kiwibank's chief economist says the government must use its "huge fiscal war chest" in the battle to secure jobs and keep businesses from falling over amid the Covid-19 outbreak. 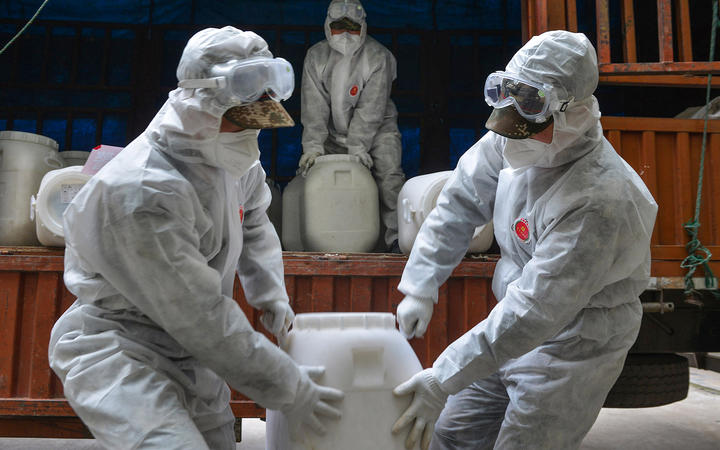 Jarrod Kerr told Morning Report struggling businesses should either be provided with money or tax breaks as exporters and importers, as well as tourism, agriculture and education industries continued to be hit by severe disruption caused by the coronavirus.

Kerr said companies were running low in cash and inventory and the government should get on the front foot and back them.

His comments came amid talk of the Reserve Bank cutting the official cash rate shortly, following an downturn in the economy in the first quarter of the year and a bleak outlook going forward.

"What we need right now is targeted fiscal policy rather than monetary policy and I'd say if we're sitting here and the Reserve Bank is forced to cut 50 basis points, that's because the government hasn't done enough on the fiscal side," he told Morning Report.

Companies, he said, were running low in cash and inventory and that the government should get on the front door and back them.

"We don't want these small businesses falling over and small-to-medium business in New Zealand is the life blood of our economy, so if they start haemorrhaging and laying off workers, then that download spiral into a recession really accelerates...

In the past month in New Zealand, the virus may have cost as much as $300 million in lost exports to China, Stats NZ revealed yesterday.

Kiwibank was already talking to customers to provide whatever help they could, Kerr added.

He said the spread of the virus outside China was worsening, and the economic impact of attempts to contain the outbreak was already severe.

He said if government spending involved running into deficit it would be appropriate, given the circumstances.

"It's not an issue. This is exactly when you are supposed to deploy extra spending, when the economy needs it.

"We have a huge fiscal war chest if we need it. We have one of the highest credit ratings in the world and we don't even have more than 20 percent debt outstanding. We can easily tap into that and use it to offset some of the harm we are going through right now."

He said the central bank would be forced to cut the official cash rate in response, but emphasised fiscal and not monetary policy would be the cutting edge in the struggle to shore-up a virus-hit economy.

His comments were echoed by Business New Zealand's chief executive, Kirk Hope, who told Morning Report different sectors were facing particular challenges and that the government needed to think of further targeted responses.

Last night, Prime Minister Jacinda Ardern and Finance Minister Grant Robertson met with business representatives and the Council of Trade Unions to hear their concerns, and outline the government's response.

Former Reserve Bank Governor Don Brash earlier told Morning Report he was surprised to hear financial markets had bounced back today as he said the worst fallout of the Covid-19 outbreak was yet to come.

However, the world's central banks could move in tandem to counter the effects and may do so by Wednesday bringing some optimism, he added.

He now expected a 25 basis points cut from New Zealand Reserve Bank at the very least and said initiatives like one-off spends on infrastructure by the government would also help the economy.