Dr David Galler is breaking another patient's untimely demise to loved ones gathered in a Middlemore Hospital waiting room. 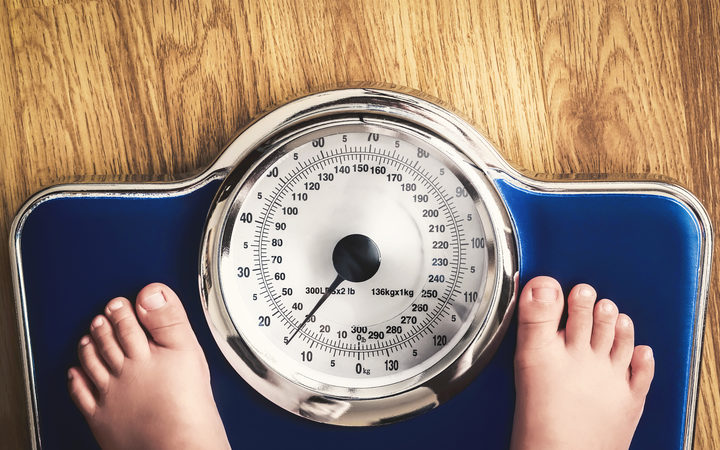 But the grim news is not the only thing relatives are digesting, with a bucket of deep fried chicken passed amongst congregated family members.

"I think it's become so normalised," Dr Galler said. "It's just so unacceptable to me to see this - it's just so depressing and terrible."

The intensive care specialist, who has spent three decades at Middlemore, said he believed the region has been "abandoned" in its fight against fat.

The centres fall within Counties Manukau District Health Board boundaries, where just 58 percent of children are considered of "normal body weight".

"I just wonder at times if there's a degree of institutional racism at play here," Dr Galler said.

ASMS is following the lead of Auckland Regional Public Health (ARPHS) in calling for tighter regulations on fast food advertising.

The association has written to Health Minister David Clark, imploring him to introduce regulation initially focused on protecting children from "predatory advertising".

The government has previously claimed to be "serious about tackling obesity", though it has not committed to altering the self-regulatory model currently applied to fast food advertising through the Advertising Standards Authority.

The government said it expected the sector to play its part by carrying out, and strengthening, the measures proposed by the industry itself to curb obesity, she said.

These included tighter rules for advertising unhealthy food to children, on television and near schools, as laid out in a 2018 Food Industry Taskforce report.

But Dr Galler said there was no evidence the government's approach, to have the food industry itself come up with proposals to curb obesity, would work.

"There is no evidence for this kind of approach - for the government to take, or to believe, the food industry ... recommendations.

Dr Galler, who will leave his post at Middlemore Hospital later this year, said the "enormous pressure" he and his colleagues were under to treat people with significant diseases, illnesses or injuries had "risen astronomically".

"And that has directly paralleled the rise of the obesity epidemic and the consequences of that [epidemic], largely related to the complications of diabetes," he said.

"So it's pretty normal now in South Auckland for all of the patients to be largely obese, with multiple complications.

"And those complications add significant amounts of costs at every level right across the community."

According to Dr Galler, Health Coalition Aotearoa had calculated a third of patients nationally were in hospital due to conditions linked to unhealthy food, alcohol and tobacco.

In South Auckland, however, he believed that percentage was up around 80 percent.

Sufferers were stigmatised, could not lead full lives and were unable to fulfil family and community roles.

"They take a huge amount from sickness benefits and unemployment benefits and all the rest of it," Dr Galler said.

"And actually they flood and overwhelm our health services with things that can't be fixed."

Dr Galler said he and Dr Brown had discussed the government's "lack of overall strategy" when it came to tackling obesity.

"And I think that's what we need to see - sugar taxes, or taxation, or regulation," he said.

"We believe that is a hugely important tool."

Clark said the Ministry of Health had asked the food industry to step up and make changes that had the potential to help improve New Zealanders' nutrition and reduce obesity.

That included reducing children's exposure to advertising for unhealthy foods, he said.

"This is a chance for the industry to prove to us and the public that they care about the well-being of their customers.

"We are continuing to work with the food industry and expect them to stick to their commitments.

"The Ministry of Health will be working with the Ministry for Primary Industries and Australian regulators on the process for monitoring the industry's progress."