Lollies, chippies and high sugar products should have to come in plain packs like cigarettes, the Northland District Health Board says. 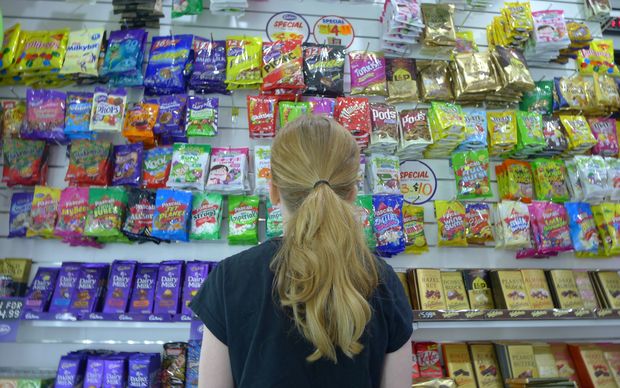 It made the call in a position statement aimed at influencing policy in Northland and the rest of the country.

It was trying to fight an "obesegenic environment," a society that makes it easier for people to make bad health decisions, it said.

"Plain packaging would help challenge the power of corporate snack manufacturers and put unhealthy foods on a level playing field with unbranded fruits and vegetables," he said.

"We've talked about sugar being the new tobacco. And so I think measures that have been used in tobacco like plain packaging, smoke free environments and taxes on smokes ... will work on unhealthy foods," he said.

"Cigarettes are an addictive item, lollies aren't. Cigarettes have addictive chemicals in them that influence the brain, lollies don't," he said.

The idea was impractical, with multinationals unlikely to toe the line, he said, and there was nothing wrong with using packaging to distinguish between products.

Baillie said lollies were not a stable food item, nor a part of an every day diet.

"They're just a thing you grab when you feel like you deserve a treat. And what's life without a treat."

RNZ sought the views of about 15 primary school aged children in Mt Albert, Auckland. Most were sceptical about whether the packaging would stop them eating their favourite treat.

Olivia summed up the mood.

"I don't think it would stop me very much because I know what kind of packaging they would be in - and I would go 'ooh, I'll get those because I know those are nice'," she said.

Dr Sundborn however said there was a lot of research that found children were particularly susceptible to bright packaging and colourful marketing.

Plain packaging would most likely have an immediate effect in lessening consumption, but would also increase as time went on, he said.

And that would help cut the huge cost of dental problems and obesity in the health system, he said.