Hawke's Bay police have stopped carrying arms as gang tensions in the region appear to settle and rival gang leaders prepare to meet to discuss a way forward. 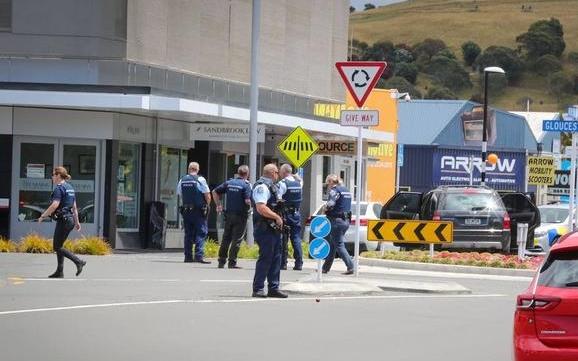 However, a general arming order for Tairāwhiti, covering the Gisborne area, was still in place as a precautionary measure, police said.

The arming order for Hawke's Bay and Gisborne had been in place since a fight between Black Power and Mongrel Mob members in the Napier suburb of Taradale two weeks ago resulted in one person being shot.

Shots were also fired in a gang-related incident in Ruatoria the same weekend.

Four people had since been arrested in relation to the Taradale incident and more arrests were likely, police said last week.

There had been no reports of any gang-related troubles over the weekend, Area Commander Inspector Marty James said.

"Police understand that recent events have raised considerable concern within our communities and we are alert to these concerns. We remain determined to protect the communities and ensure they are safe."

Any information about gang activity, drugs or firearms, or any ongoing concerns were urged to report it to the police, he said.

It all started with an unveiling, gang sources told RNZ.

On a Monday morning in mid-January a group of Mongrel Mob Notorious members, including its national president Sonny Smith, travelled to Park Island cemetery in Napier. They were there to commemorate the first anniversary of a relative's death and the unveiling of a headstone at the gravesite.

The urupā, on the outskirts of the city next to a popular sports park, is almost surrounded by Black Power territory.

Convention dictates that rival gangs should let each other know if they are entering another's patch on such occasions as a show of respect for each other's boundaries.

On this occasion, however, the Notorious members thought it was unnecessary as they travelled around Black Power's territory to enter the urupā, which according to tikanga Māori is neutral territory, according to gang sources.

Unfortunately, their plan did not work and when Black Power noticed a large gathering of Mongrel Mob members at the cemetery they rounded on the invaders. Police arrived on the scene before a scuffle broke out.

Six days later Mob members, understood to be from the Hastings and Flaxmere chapters, decided to retaliate. Just after 1pm on a Sunday afternoon a large group, some armed with metal bars, hammers and guns, and some high on methamphetamine, descended on Shani's Eatery & Bar in Taradale's town centre where Black Power members were dining.

They entered the restaurant and started taunting them. The ensuing fight resulted in five shots being fired. One Black Power member was shot in the face, injuring his eye. Another shotgun pellet hit his baby daughter's car seat. Her mother was also in the car.

Gang sources have described the Taradale incident as the culmination of tensions that have been bubbling for months, with nearly all stemming from rival gangs failing to show respect for each other's boundaries.

"There's no sense to it all. It's all just tit for tat ... and now it's often fuelled by methamphetamine," a gang source told RNZ.

The two-year-old was killed in a drive-by shooting after a series of confrontations between Mongrel Mob and Black Power in the city.

"Is this what we want?" Tania Kura said at a press conference at Hastings Police Station a few days after the Taradale incident.

The fight between 30 to 40 Black Power and Mongrel Mob members in the well-heeled and normally uneventful Napier suburb is just one of several incidents that have occurred amid heightened gang tensions in Hawke's Bay and Gisborne in recent months.

The same weekend the Taradale fight broke out there were shootings in Ruatoria.

In October, a police officer's home and the Wairoa police station were sprayed with shotgun pellets in two separate shootings. No one has ever been arrested.

A month later, a shot was fired outside Napier Medical Centre on Wellesley Road, splattering the exterior with pellets, after a series of altercations between Mongrel Mob and Black Power members in Anderson Park and in Maraenui earlier that day.

Lifetime Black Power member Denis O'Reilly, who lives in Taradale, said there was no guarantee this would spell the end of the retribution cycle. But he believed they never would have happened if the gangs had simply followed convention, an outcome of the signing of the Otatara Accord in 2011.

"It's like a marae. You don't go marching on another marae."

Gang sources confirmed a hui was on the cards but it was not likely to take place for several weeks.

Napier Mayor Kirsten Wise was also prepared to reach out to gang leaders and get them all round the same table to try and resolve the issue.

"I'm also looking to hold a two-day hui later this year, inviting all interested parties to share their thoughts and concerns and then brainstorming how we can work together more effectively so we can come up with some good solutions." 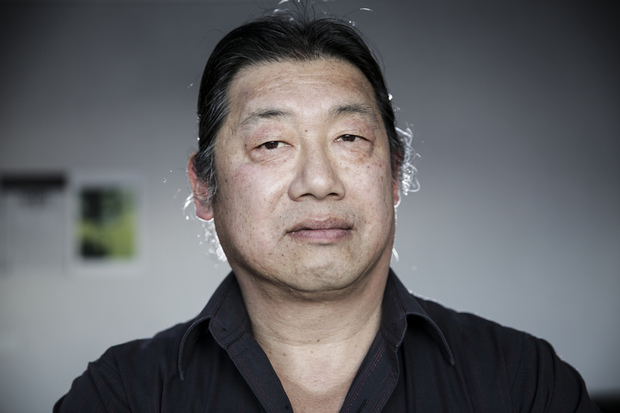 Harry Tam said people felt marginalised and excluded and it was filled by a community of their own. Photo: RNZ / Rebekah Parsons-King

Lifelong Mongrel Mob member Harry Tam, a close associate of the Notorious chapter, travelled to Hawke's Bay in the days after the shooting to meet with gang members.

It was "not helpful" to go into the reasons behind the Taradale incident, he said.

"Unless we look at the broader picture of why this is happening, it will keep happening."

"The gangs are there because of exclusion. People feel marginalised and excluded so that is filled by a community of their own."

It was a mantra repeated at a community meeting held in Taradale exactly a week after the shooting where members of the public urged the region's police and politicians to do more to tackle the root causes of poverty and crime that had fuelled the rapid growth in gangs.

There had been a 58 percent increase in gang memberships over the last two years in Hawke's Bay, almost double the national rate, according to police figures.

Denis O'Reilly said he doesn't understand why the gangs are at war in the first place.

"We're all related, we're all whānau. I mean, my own grandson is in the Mob. I just pray we get through this without anyone else getting hurt."