Police are bringing in extra officers and will continue to be armed for "as long as is deemed necessary" after two unconnected shootings on the East Coast over the weekend. 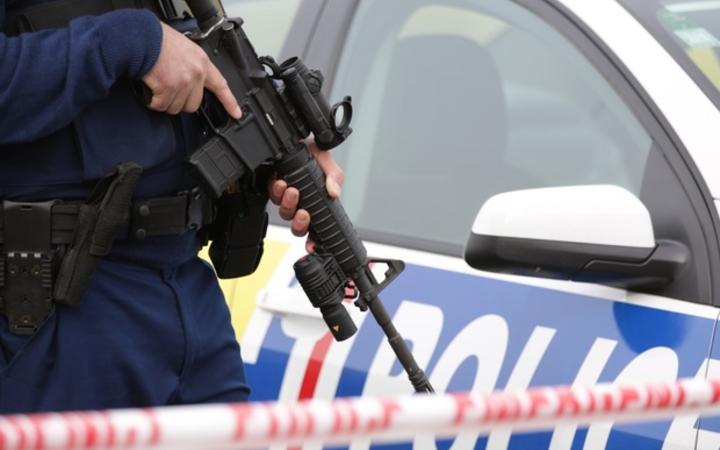 A police officer holds a firearm at the scene of the Hamilton shooting. Photo: Claire Eastham-Farrelly/RNZ

Hawkes Bay police say the two gang shootings in Ruatoria and Taradale over the weekend were not connected and there was one arrest in each case, with more likely.

In a statement today, Eastern District Commander Superintendent Tania Kura said staff from outside the district were supporting local staff with an increased police presence in Ruatoria and Taradale.

"In relation to the police response to these incidents, staff continue to be armed and will be for as long as is deemed necessary," she said.

"Our inquiries to date indicate the two incidents from the weekend were as a result of ongoing tensions between the Mongrel Mob and the Black Power gangs and as far as we can see at this point the events are not related.

"Gang violence in our community is not acceptable and will not be tolerated."

She said there had been tensions for some time but the exact cause was unknown to police.

"Some of it's tit for tat, some of it's stuff that we'll never know. In my experience I would say that there's drug dealing as a big part of it, and patch protection." 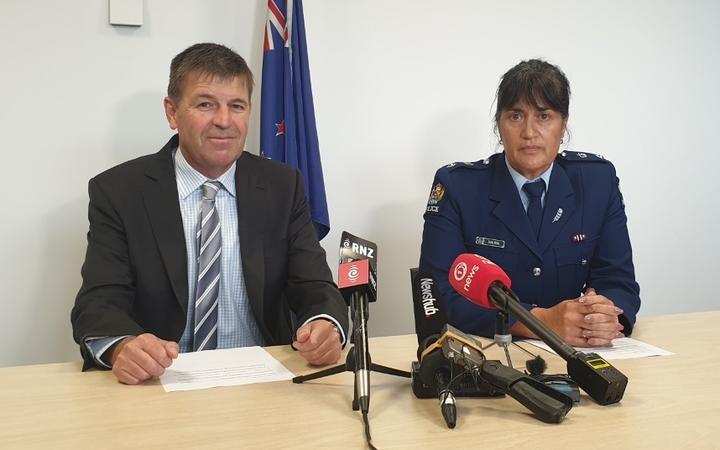 Detective Inspector Rob Jones said there had been at least a 30 to 40 member increase in gang numbers in the past few years.

He said police were in contact with gang leaders hourly and were calling for calm, but it appeared gang leaders had lost control of the younger members.

"Our immediate appeal to them is for calm and for some common sense to be applied."

He said police did not know what specifically had caused the current tensions, but senior members of both gangs had indicated a willingness to engage with police.

He said an increasing number of younger gang members appeared to not have the same level of respect for the elders within the gangs.

"Certainly with the increased numbers [of gang members] and recruitment of much younger people they certainly don't appear to have the same level of control as they once did."

Police have appealed to the gangs to remember a 2007 incident in Whakatāne where a child was killed in crossfire between gangs.

He said there were two sizeable investigations under way with staff from outside the region helping.

He said tensions between the two gangs had been there for sometime but said calling it a gang war would be overstating it.

He urged anyone with more information to come forward to police or contact Crimestoppers anonymously on 0800 555 111.

Kura said she wanted to thank members of the public who had come forward so far and said both investigations were progressing well.

She said a gang-focused unit on its own was not the silver bullet to the problem.

"The gang focused unit on their own aren't just the only group to police the gangs."

The two shootings took place in Ruatoria and Taradale over the weekend.

Police were called after reports of shots fired between occupants of two vehicles and a person at a house nearby at Mcclutchie Road, Ruatoria on Saturday.

They arrested a 49-year-old man the next day.

In Taradale, Napier, one man was left with injuries to his face, head and torso after a shooting during a brawl involving dozens of Black Power and Mongrel Mob members.

Gunshot pellets were found to have hit a child's car seat after that shooting.