A lifetime member of the Black Power gang is objecting to police drawing links between the two shootings on the East Coast, saying it could make tensions worse. 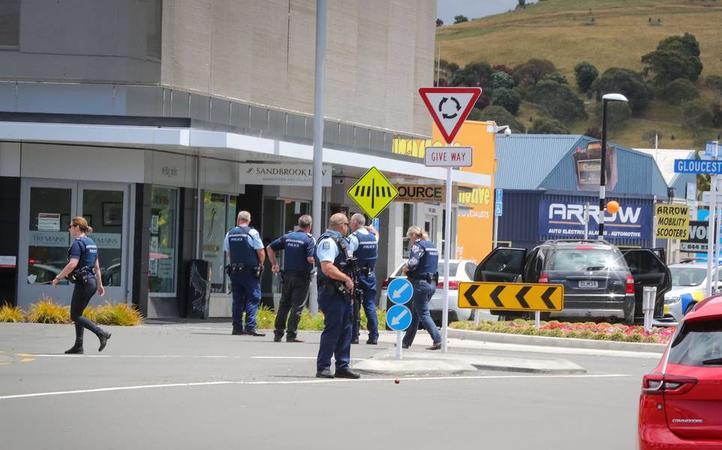 Eastern District police will temporarily be carrying guns and reinforcing their presence in the area as an investigation into two gang-related shootings continues.

Denis O'Reilly told Morning Report he understood the increased police presence and carrying of firearms, but they shouldn't conflate the issues in Ruatoria and those in Taradale.

"You've got two different sets of problems and you'll place them back to different causes."

"Police are quite right to increase numbers and I completely understand them carrying firearms ... but if you start to hype the situation up, and people think that there's a big [Mongrel Mob and Black Power] war going on across the country ... in the days of social media this gets amplified, and then other young people pick it up and suddenly you've got fire fights happening all over the place, so it's a difficult balance."

O'Reilly said gang violence should be treated as a public health issue, like a virus that needed to be carefully contained.

He said he wasn't sure what caused the recent tensions because there were many variables, but these incidents did happen from time to time.

"We've managed to contain the problem here quite successfully for a number of years and I'm confident we'll do so again.

"But times are changing. We don't have the capacity in youth work ... that we used to have, and we have disinvested in the community development approach. So all we've got left is a police-down rather than a community-up response."

What happened in the shootings?

On Saturday, police were called out to reports of shots fired between occupants of two vehicles and a person at a house nearby at Mcclutchie Road, Ruatoria.

One of the vehicles then sped off before crashing with the occupants fleeing the scene. Police said another person arrived and removed firearms from the crashed vehicle.

On Sunday, one man was left with injuries to his face, head and torso after a shooting during a brawl involving dozens of Black Power and Mongrel Mob members in Taradale, Napier.

The injured 25-year-old was in a serious but stable condition at Hawke's Bay Hospital.

Police said pellets from a gunshot were also found to have hit a child's car seat.

Detective Inspector Rob Jones yesterday said tensions between the two gangs had escalated in recent months, and police were investigating a number of serious public incidents.

Napier Mayor Kirsten Wise told Morning Report that police have advised there will be an extra presence throughout Hawke's Bay, with additional staff coming in from outside of district.

"It's very concerning that we've had an incident like this in our community, especially during the day time when there are families out and about with their children, so I can understand why our community is feeling on edge at the moment."

She said there did appear to be an escalation between gangs.

"I think at the moment our community is most concerned about feeling safe and as a council that's certainly our priority as well."