A man has been wounded in a gang shooting outside a McDonald's in Taradale, Napier. 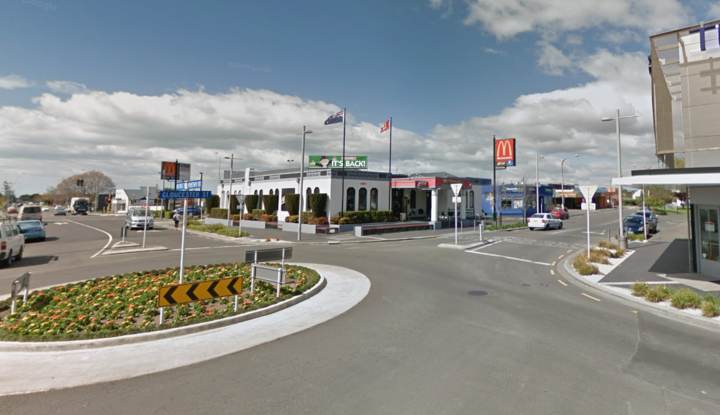 Police said they were called to reports of shots fired on Gloucester Street, about 1pm.

Initial reports from police indicated no one had been injured, but they have since said a man was taken to hospital, and was in a stable condition by the evening.

The shooting came during a confrontation between the Mongrel Mob and Black Power gang members, on the street.

A cafe operator on Gloucester Street said they heard about four shots, and saw gang members.

Taradale Roast owner Ken Huang said the police have cordoned off the area around the McDonalds.

"The other side of the McDonalds there's a couple of policemen standing in front of the opposite of McDonalds. But one of the cars I think has been abandoned ... in the middle of the road."

Cordons in place while a scene examination was carried out have been taken down, and by the evening police said there is not thought to be any risk to the public.

Earlier today a 49-year-old man was arrested after police responded to reports of shots fired on McClutchie Road, in Ruatoria.

The arrested man is expected to appear at Gisborne District Court on Monday, charged with unlawful possession of a firearm.

Police said there will be an increased police presence in the area as they investigate, and ask for anyone who knows about the incidents to contact them on 105.