Police say the two people killed in a shooting at a Castlepoint address this morning were a man in his 50s and a women in her 40s. 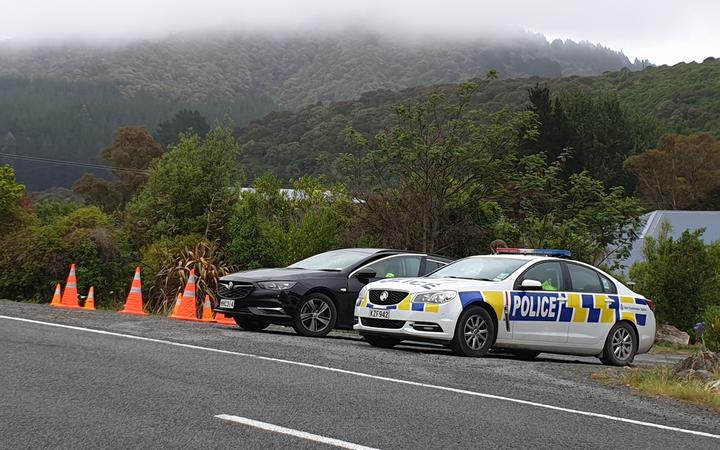 Police were called to the Tinui property just before 5.30am. Photo: RNZ

The Armed Offenders Squad was called to the Tinui property just before 5.30am.

Police later confirmed two people had been killed. The deaths are being treated as suspicious.

Wairarapa area commander Inspector Scott Miller said the initial indications were the pair were in a relationship and living with three other occupants at the address.

Inspector Miller said one of the house's occupants was woken by gunshots at about 5am and found the bodies.

"They investigated that within the house and it would appear that one person - at that stage - they found deceased and then they found a second person deceased in their proximity."

Inspector Miller said the other residents were adults in their 20s.

"Those three are with us at the Masterton police station talking to our Criminal Investigation Branch. They are witnesses to this tragic event and are giving statements about what they know."

"It's a family house with two generations in the house," Inspector Miller said.

"This has come as a complete shock to the family. This is not an address the police know or have had any associations with certainly in the recent past."

Inspector Miller said police had been at the address since about an hour after first being alerted to the shooting.

"Police went through the address to make sure there was no one else in there and it would appear a firearm has been used in the death of both these people and we believe there is a firearm in the house."

The house's other occupants told police there was a gun at the address and where it was.

The CIB team is currently conducting a scene investigation and an ESR forensic scientists were on their way from Auckland. A pathologist is also at the scene.

Inspector Miller said the names of the deceased were known to police, but they were not in a position to release them yet.

"Obviously this is a devastating time for the whānau. We are working really hard to complete our scene investigation and then being able to release the two deceased persons to the family. We would like to think that would be done by tomorrow."

Neighbours found out through the media

Locals spoken to by RNZ didn't want to be interviewed. They said they only heard about it when reading news websites.

People didn't appear to be home in nearby houses and people were not opening their doors. 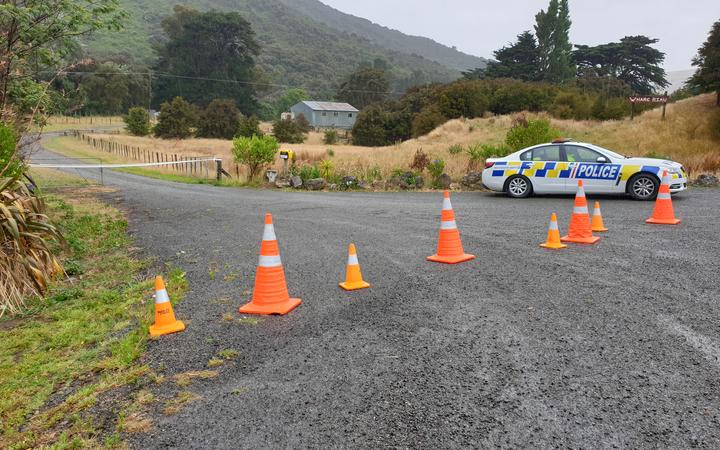 Officers were likely to be investigating at the scene "for a number of days", police said. Photo: RNZ / Jonathan Mitchell

Officers were likely to be investigating at the scene "for a number of days".

An unmarked police car and white covered trailer have entered the property and police have been at the Castlepoint Store having a meeting.