Pellets from a gunshot were found to have hit a child's car seat during a shooting on Sunday that left a 25-year-old man with injuries to his head, face and torso. 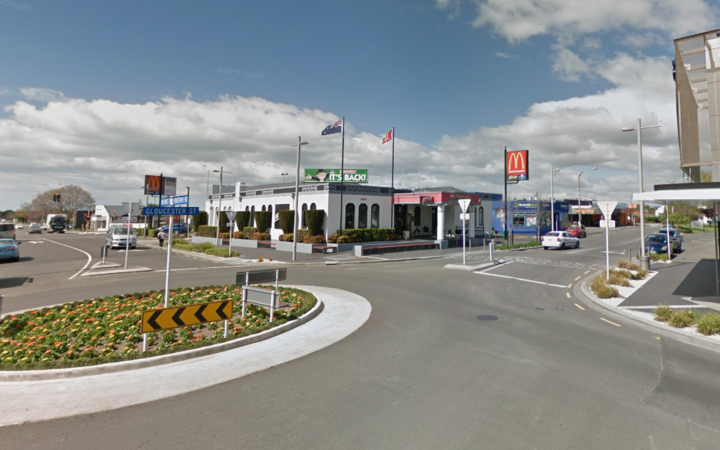 The man is in a serious but stable condition at the Hawke's Bay Hospital following the incident on Gloucester Street in Taradale, Napier yesterday afternoon.

Police Detective Inspector Rob Jones said "fortunately the child was unharmed, but this behaviour is completely unacceptable and we are determined to hold those responsible to account".

The firearm was discharged during a fight involving 30 to 40 Black Power and Mongrel Mob members, police said.

"Tensions between the Mongrel Mob and Black Power have continued to escalate in recent months with police investigating a number of serious incidents and outbreaks of violence in public places - many of which have been witnessed by members of the public."

Eastern District police would be carrying guns and more police will be present in the areas as they continue to investigate, Jones said.

Local man Suzon Mulloh, who manages Cafe Anatolia in Gloucester St, said he had never known violence on that scale to happen in the community.

He was worried people might start to think Taradale was "a scary area".

Most of his customers were elderly and nice, and the same went for the neighbourhood, he said.

Earlier in the weekend, police were called to McClutchie Road, Ruatoria, at 9.20am on Saturday following reports of shots fired between the occupants of two vehicles and a person at a residential address.

One of the vehicles, a white Toyota Hilux, left the address at speed before crashing. The occupants fled the scene before another person arrived and removed firearms from the crashed vehicle.

The McClutchie Road address has been examined by Police and the seized Hilux will be examined by forensic experts.

Police are following lines of enquiry to identify those involved, who are believed to be associated with the Mongrel Mob and Black Power.

Police are asking anyone who witnessed either event to come forward with any information.