Hawke's Bay police are urging residents not to turn a blind eye to gang activity and dob in suspicious behaviour. 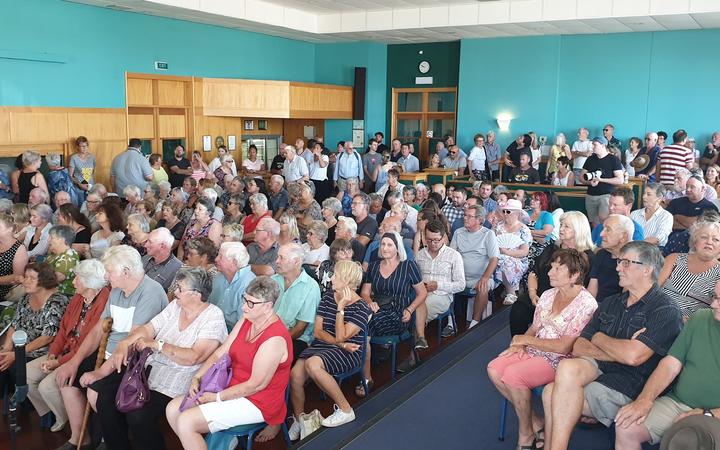 About 300 residents turned out to a public meeting in the Napier suburb of Taradale after a massive gang fight last week. Photo: RNZ / Anusha Bradley

It comes as three people were today arrested after a massive brawl between 30 to 40 Mongrel Mob and Black Power gang members in Taradale last Sunday.

Police said a 22-year-old man was arrested in Flaxmere today and had been charged with unlawful assembly.

And a 39-year-old man and a 27-year-old woman were arrested at a Flaxmere address this afternoon and two firearms were seized, police said.

They have been charged with unlawful possession of a firearm.

At a public meeting in the suburb this afternoon Area Commander Inspector Marty James, told the 300-strong crowd that while an intensive investigation had been launched it was "critical" the police had the public's support to tackle the wider issue of gangs and organised crime.

"I'm talking about information, not turning a blind eye, supporting police when they need it.

"If you come across gang members who are in large amounts of cash or cash dealings, just ask yourself where has that cash come from and 'am I supporting gang activity?'."

The Taradale shooting, in which one gang member was shot and a bullet was lodged in a child's car seat, followed a shooting in Ruatoria last Saturday.

Detective Inspector Mike Foster, who heads the Gang Focus Unit, said they were actively seeking others involved in the Taradale fight.

Detectives continued to examine CCTV footage of the incident and were trying to find witnesses to the brawl, he said.

"That's not easy when these people are disguising themselves with bandanas and t-shirts but we have made really good progress."

The Gang Focus Unit had arrested more than 100 people since it started up six months ago and in the last 48 hours had arrested and charged 23 gang members across the Eastern police district, Mike Foster said.

"But we can't arrest our way out of this." 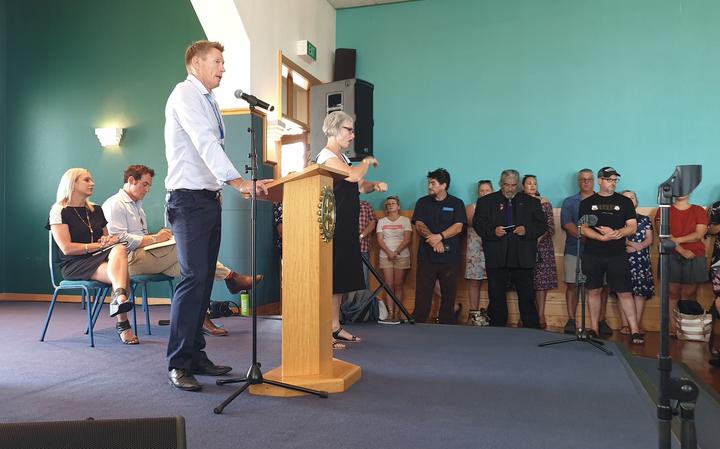 Methamphetamine, which appeared to be fueling the growth in gangs, could also not be elimated, he said.

"It's entrenched. It's everywhere. If we can stop it getting through our boarders we could be well on our way but for me to stand up here and say can we scrub it out completely? The answer is no."

It was estimated that Customs intercepted only about10 to 20 percent of illegal drugs smuggled into the country.

But Mr Nash said Customs were already well resourced and the police had a "strong mandate to go hard against gangs."